We are now solidly entrenched in one of the most exciting stretches of the year: draft season! The Eagles are seemingly at a crossroads currently with their team, and with a rebuild looming on the horizon they have a massive total of 11 picks in this draft to retool the roster before potentially having THREE first rounders in next year’s draft. It’s going to be incredibly fascinating to see what directions the Eagles go at each pick, and I went and planned out each move that I thought they could go at their picks, now that they have executed a trade to move down to the 12 spot.

Standing at 6’1, 205 lbs and running a 4.39 40 time at his pro day, Horn is a menacing figure to line up against as a wide receiver. He’s also the best cornerback in this draft in my opinion, earning a 9.99/10 RAS(Relative Athletic Score). He is also an especially good fit for this new defensive scheme being brought by new DC Johnathan Gannon. Horn will fit perfectly across from Darius Slay as the Eagles form their most fearsome cornerback tandem since Asante Samuel and Sheldon Brown helmed the outside. 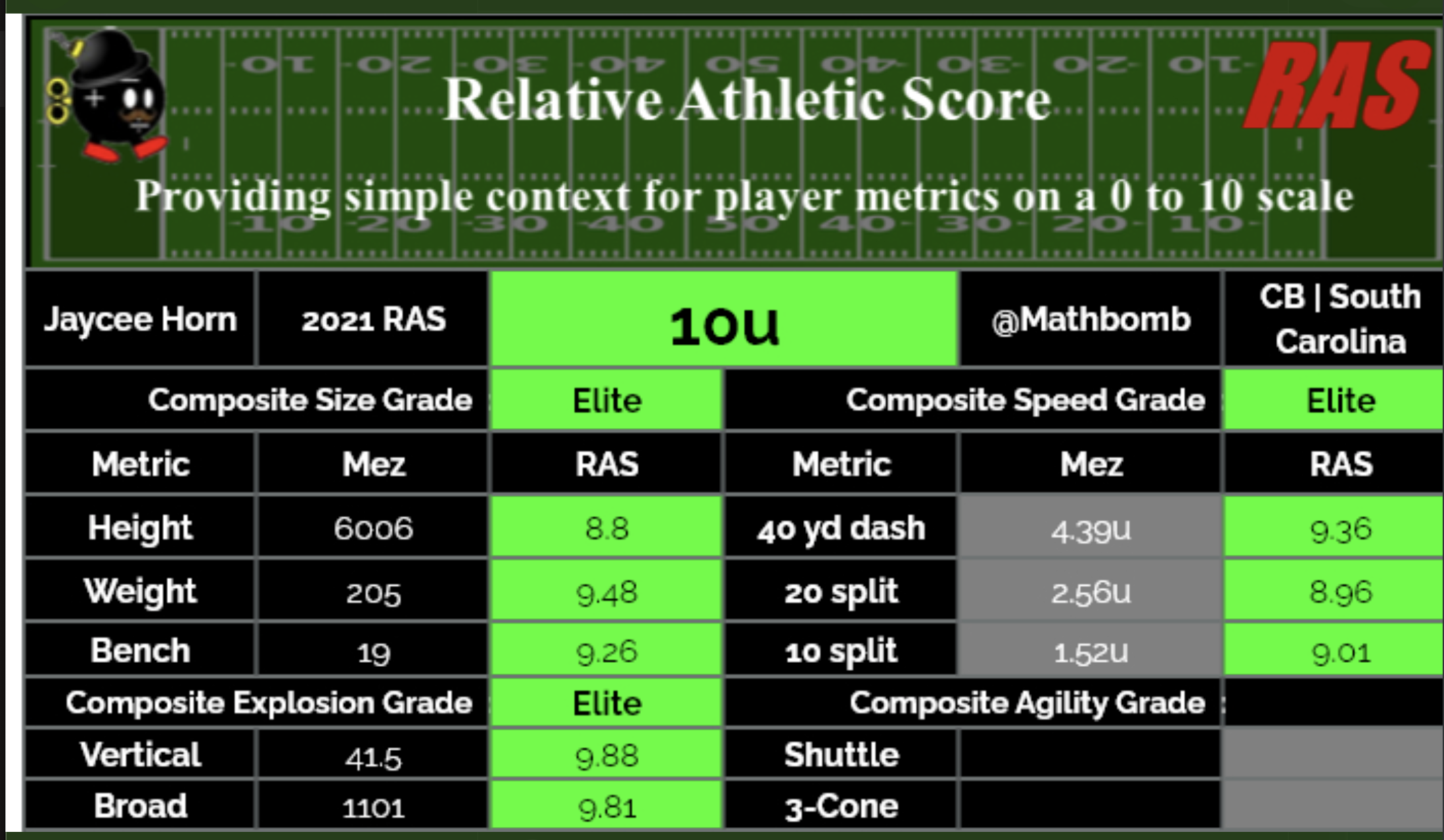 Elijah Moore slots in perfectly for this pick, as I don’t have anyone in my rankings that’s ranked higher left since Terrace Marshall went off the board at 30 in this mock. He ran a 4.35 at his pro day, scouts are raving about how good his hands are, and he has been soaring up draft boards, even landing in the late first round in some mocks. He’d go in as the starting slot guy day 1, and immediately improve the WR corps all around. The Eagles need an X receiver too, but having Moore here does wonders for consistency and chain moving for the offense.

Werner projects as an every down linebacker in the mold of a type of player that the Eagles have sorely needed for some time. He is an adept coverage linebacker and is extremely athletic, having run a 4.58 40 yard dash at his pro day and having an outstanding 3 cone time of 6.95. He’s the type of defender that can move into the box as well as play back, which is the kind of guy the Eagles covet on defense, a very flexible defensive guy who can stop the run too. This would be a home run value.

Memphis keeps churning out these extremely talented running backs year after year, and Gainwell joins a group that’s included Tony Pollard, Darrell Henderson and Antonio Gibson in the last 2 years. The Eagles have operated under a RBBC the past few years, so I don’t think it’s out of the question at all that they go for a running back here that can be the other half of a very dangerous tandem next to Miles Sanders. Gainwell is shifty and an extremely talented pass catcher. Miles Sanders is your home run hitter in this backfield, and Gainwell would be an awesome complement to him going forward.

What kind of Eagles draft would it be if we didn’t mock a hometown guy to them! I was surprised that Toney didn’t go off the board prior to this pick due to his amazing pro day he had, but here he is smack in the fourth round, and it’s a great spot to shore up the edge rusher spot for Philly. Toney ran a solid 4.51 in the 40 and said he is starting to get his body back to normal after testing positive for COVID19 in December. He’s very mobile for an edge rusher and could be a very good rotational piece in this Eagles offense.

I’d be very happy with this snippet of a draft if that’s the way it shakes down at the end of the month. We have six more picks besides these five to add some great depth pieces later on and I think this is going to be a draft where Howie Roseman really looks to improve this team for the future. As always, you can find me on twitter at http://twitter.com/swagman95 and the rest of our fabulous Eagles team at http://twitter.com/4thandjawn!