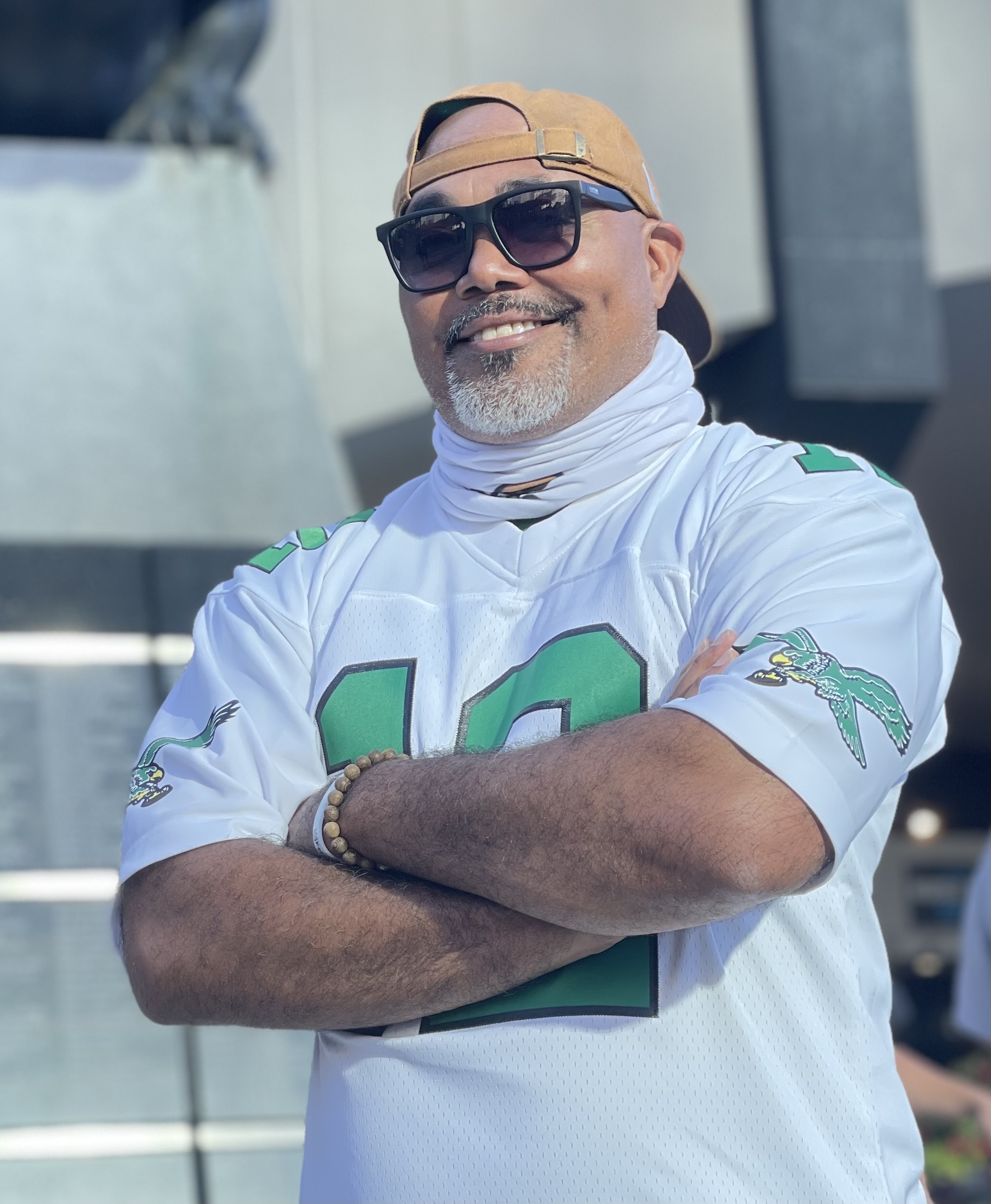 4thandjawn’s co-founder has written and reported on the NFL for over the last 15 years. Gayle was a former writer for NBC Sports(Rotoworld.com), where he spent 2 years writing about the NFL draft. Saunders has over 21 years working in the entertainment industry with Viacom/MTV/Nickelodeon’s Business and Legal affairs team. The former graduate of Western Connecticut State University, also played 4 years as a wide receiver for the Colonials. At the end of the day, Gayle is a huge Eagles fan that bleeds Green and aspires to be more like Gandhi and David Chapelle each day.