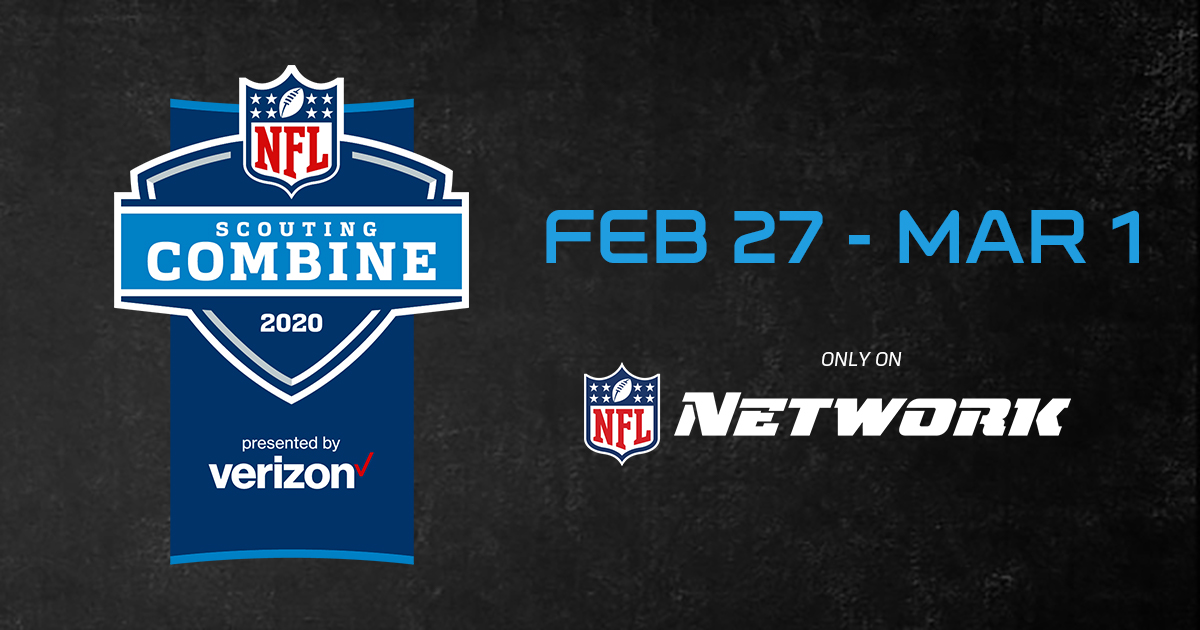 337 players from 101 schools are currently in Indianapolis gearing up for the biggest job interviews of their lives. Besides their pro day’s, this is the final opportunity for these kid’s to impress NFL scouts, coaches, and GMs on and off the field. Only around 254 players are gvien an immediate shot to make the team, the rest pray for a shot to impress at OTAs and mini camp. As outsiders, we can critique and criticize the combine’s format, but we should not downplay it’s purpose. Some of these kids didn’t have roofs over their heads growing up and were missing meals. Now they’re in a hotel and in an NFL stadium only months away from being millionaires after years of sacrifices, hard work, and determination.

In a little over 24 hours, the first group of prospects will get things started and the race to the draft begins. I have been analyzing and spectating the combine and draft for as long as I can remember. I would listen to Mike Mayock breakdown every drill but I was always blown away how he not only knew each prospects accolades, he had a personal story about a lot of them. That really resonated with me because it became more than x’s and o’s. It was the realization that most of these kids aren’t motivated by money or possessions, they were just kids trying to change their circumstances and help those around them.

That type of motivation is what makes great college players into great professional players. It has to be about more than “me.” Because once “me” has the money, the house, etc, then what else is your motivation? I want players who appreciate their blessings but are not satisfied with just making it. I want players who want championships. Players who elevate the attitiudes and play of those around them because their energy and spirit is contagious. I want winners. I have been watching this 2020 draft class so closely and I know that their is a group of kids available who can take us back to the Super Bowl. Howie is now the sole leader of the draft and finally has the draft capital to take our team to the next level through the draft. So enjoy the combine in primetime people and keep an eye on some of the stars of tomorrow!

Here is my 2020 NFL Draft Hub, it highlights prospects to watch for and has several player profiles for these prospects.

Below is a short list of key prospects I will be watching closely due to their possible fit with the Eagles:

Tight ends, quarterbacks and wide receivers take the field for the first day of on-field workouts.

Defensive linemen and linebackers will take the field for day three of on-field workouts.

What goes down at the combine, via NFL Network
40-yard dash
The 40-yard dash is the marquee event at the combine. It’s kind of like the 100-meters at the Olympics: It’s all about speed, explosion and watching skilled athletes run great times. These athletes are timed at 10, 20 and 40-yard intervals. What the scouts are looking for is an explosion from a static start.

Bench press
The bench press is a test of strength — 225 pounds, as many reps as the athlete can get. What the NFL scouts are also looking for is endurance. Anybody can do a max one time, but what the bench press tells the pro scouts is how often the athlete frequented his college weight room for the last 3-5 years.

Vertical jump
The vertical jump is all about lower-body explosion and power. The athlete stands flat-footed and they measure his reach. It is important to accurately measure the reach, because the differential between the reach and the flag the athlete touches is his vertical jump measurement.

Broad jump
The broad jump is like being in gym class back in junior high school. Basically, it is testing an athlete’s lower-body explosion and lower-body strength. The athlete starts out with a stance balanced and then he explodes out as far as he can. It tests explosion and balance, because he has to land without moving.

3 cone drill
The 3 cone drill tests an athlete’s ability to change directions at a high speed. Three cones in an L-shape. He starts from the starting line, goes 5 yards to the first cone and back. Then, he turns, runs around the second cone, runs a weave around the third cone, which is the high point of the L, changes directions, comes back around that second cone and finishes.

Shuttle run
The short shuttle is the first of the cone drills. It is known as the 5-10-5. What it tests is the athlete’s lateral quickness and explosion in short areas. The athlete starts in the three-point stance, explodes out 5 yards to his right, touches the line, goes back 10 yards to his left, left hand touches the line, pivot, and he turns 5 more yards and finishes.