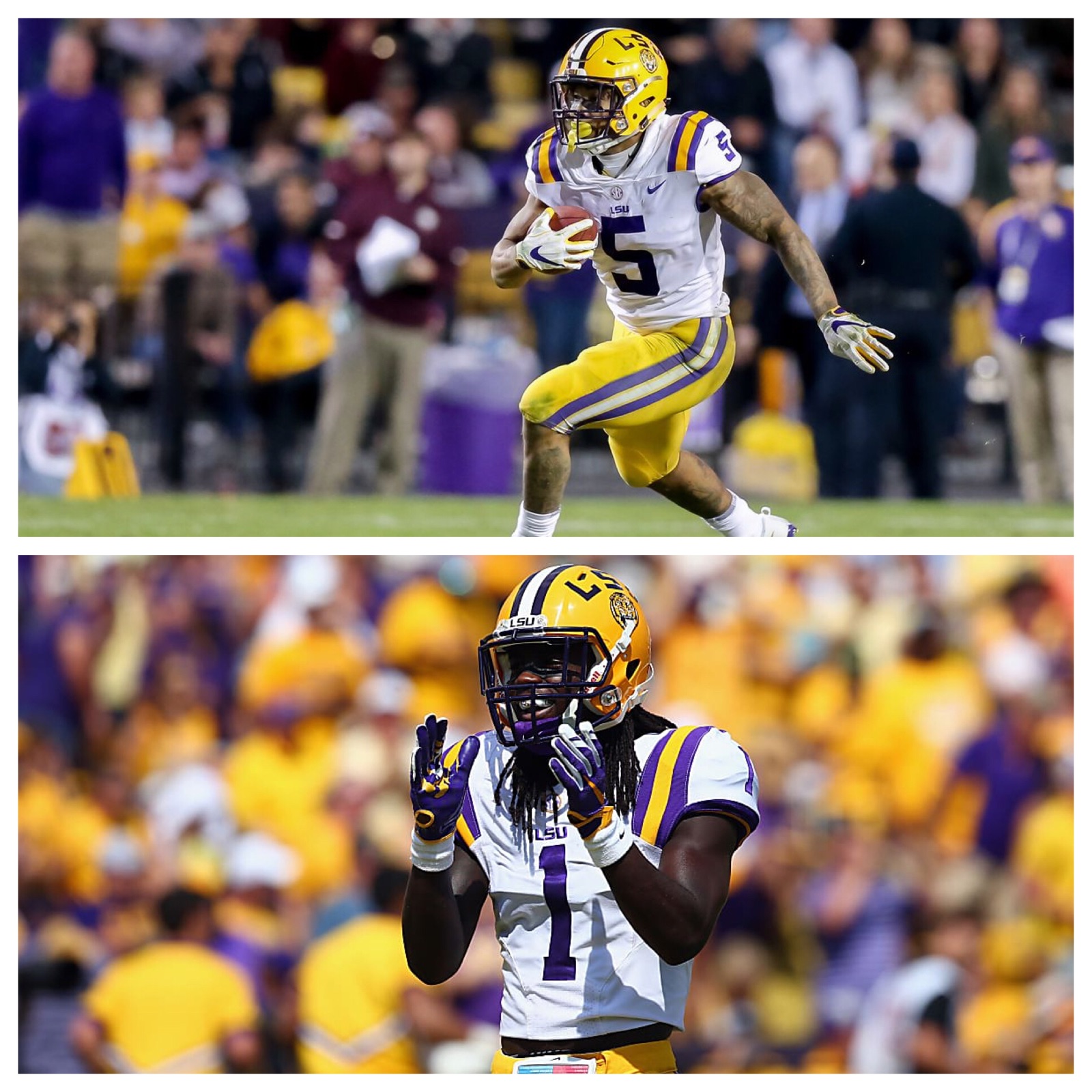 You hear the terms when listening to NFL draft coverage… “war room”, “pound the table”, etc…

Football fans eat it up. Mike Mayock and Daniel Jeremiah make a living off of evaluating talent for the NFL network. However, the behind the scenes scouting reports from NFL teams is what you REALLY want to know.

Who is your team’s guy in the first round?

Who is worth pounding the table for?

For the Eagles? I’ve evaluated talented draft prospects for several months. I’ve struggled to gauge what players will truly be there when the Eagles select at 32.

I used to think a prospect like Maryland WR DJ Moore will be available for the team to take or possible move back into the second round for (a total steal). Unfortunately, I do not think that is realistic at this point in the game. Moore, a Philly native, had a stellar combine and has proven to be a top pick at the WR position getting such high praise from Mayock himself in his final edition of the NFL projections this week (moving ahead of Alabama’s Calvin Ridley).

The guy I believe will be there at 32 and I WOULD jump on top of the table for? LSU RB Derrius Guice.

He is the epitome of perseverance. Guice would be the top running back in most draft classes if you don’t have a player like Barkley at the position but he has shown his selfless attitude will mesh well in the Eagles offensive game. Check out his HIGH praise of Leonard Fournette. He has a professional athlete’s mindset. This interview proves he has respect and drive to learn in order to make his play better:

The talk around the league is Guice may fall a bit due to off the field concerns. He is one player the Eagles have proven to do their due diligence on. If they have concerns he will be passed on just like Reuben Foster last year in the first round. Character is a big factor in the drafting process for the Eagles organization. IF he is there at 32 and the organization is sure they have the organizational support to help him become the dominate professional football player he was BORN to become… I’m standing up on that table and demanding he be in an Eagles uniform next season (much like I assume Duce Staley will be doing on his behalf Thursday night.)

Guice is a player you should NOT pass on. He will make you regret it, he even has the swaggy to tell front offices’ that in his draft interviews. Eagles lost two important RBs from the Super Bowl roster this offseason. Blount signed with the Lions and Sproles is still recovering from an ACL injury as a free agent.

The argument that running back isn’t our main need is reasonable but at 32, Guice would hands down be the best player available and I am not missing out on talent there especially with no picks on day 2.

At the end of the day, Eagles fans think it is easy to pick up running back talent lucking out on players like Brian Westbrook and LeSean McCoy outside the 1st round but having that 5th year option on a playmaker like Guice is a gift the Eagles surely cannot pass up strictly based on his position especially when the player can be deadly next to Wentz for years to come.

Which one of this year’s RB draft prospects was described as “a ball of butcher knives?” @KyleBrandt tells us why he’s excited for @LSUfootball RB Derrius Guice @DhaSickestpic.twitter.com/fTuQlgzPL1

He says he grew up learning from Marshawn “Beast Mode” Lynch. Imagine that dude bringing the pain in Philly. I need it. I’d pound on the damn table for it.

That was Kelly’s take, now for me, the player I’m pounding the table for with the 32nd pick is actually a teammate of Guice. That player is LSU cornerback Donte Jackson.

Now, although I’m not a believer in reaching for a player in the draft, I do believe at 32, Jackson is a player worth taking because he can impact the Eagles in various ways. Starting in all 13 of LSU’s games this past season, Jackson broke up 10 passes, had 49 tackles and complemented that with one interception and one sack.

Jackson has elite speed, running the fastest 40-yard dash at the NFL combine, and that record stayed with him after all the pro days. He’s lined up outside, inside, at safety and even as a returner. Having a player with elite athleticism and speed, who can line up anywhere is a big boost for the Eagles.

“Cover corner with below-average size, but elite speed and athleticism. Jackson lacks instincts but has rare closing burst so there will be feast-or-famine games in his future. Due to his slight frame, teams are sure to test his resolve and durability in run support. Jackson’s athletic traits should ensure that he makes plenty of plays on the ball, but he’ll need to develop better route recognition and focus in order to reach his full potential. Jackson should find early work as a third cornerback.” (Via NFL.com)

Now, tying this along with the Eagles, they lost Patrick Robinson who was a revelation in the slot for the Eagles this past season. Jackson is an ideal replacement for him. With his ability and speed, he makes a perfect slot cornerback. He’s able to stay with receivers on the inside and close fast when and if he gets beat.

Also, being an LSU player, he has familiarity with a certain Green Goblin. Jalen Mills and Jackson spent some time together at LSU.

The praise for Jackson from Mills is definitely still there. If I’m in the Eagles war room, there is no way I’m not going down without a fight. Jackson has to be the pick for the Eagles, he’s alone going to make them better.