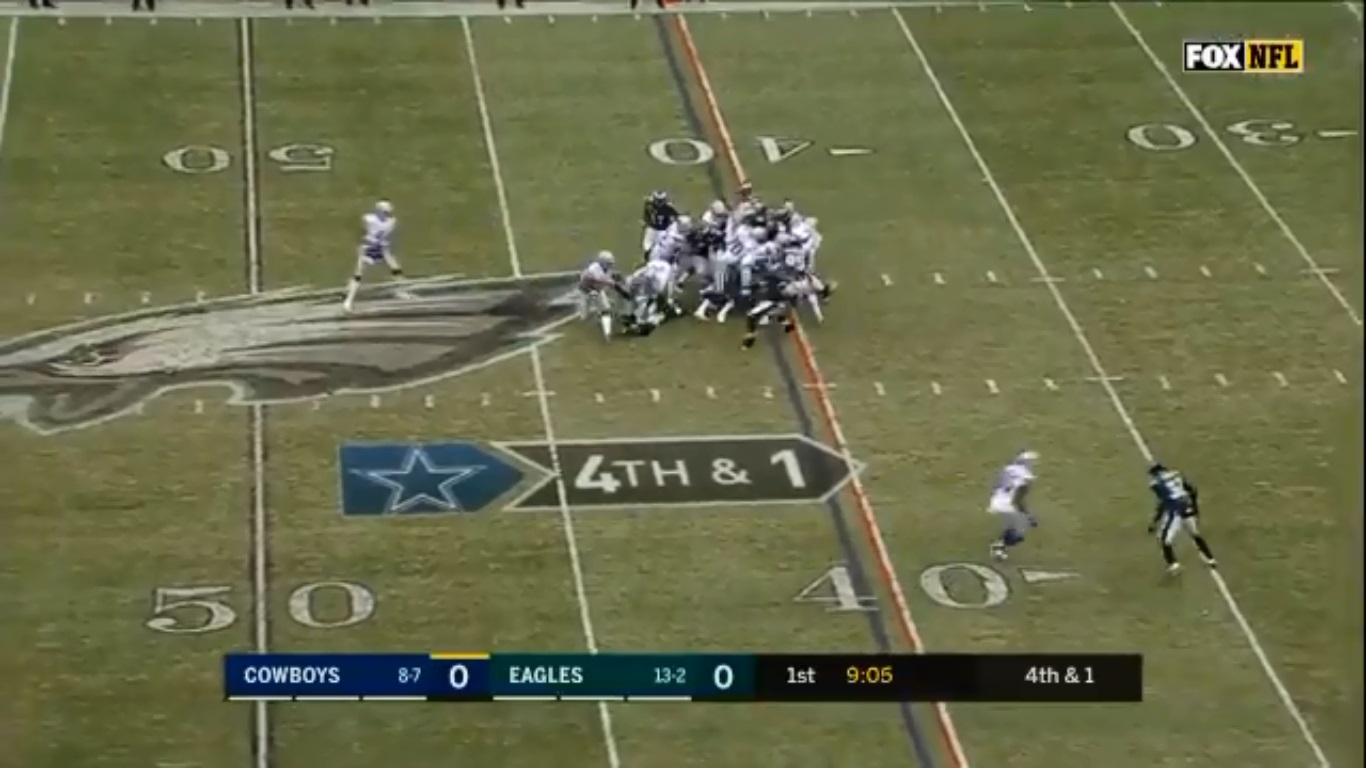 Philadelphia PA: After the Eagles got stopped on 4th down on their first drive of the game & the  Cowboys would take their Opening drive down the Field and they would go for it on 4th down and the Eagles Defense would stop Ezekiel Elliott for a 1 yard Loss.