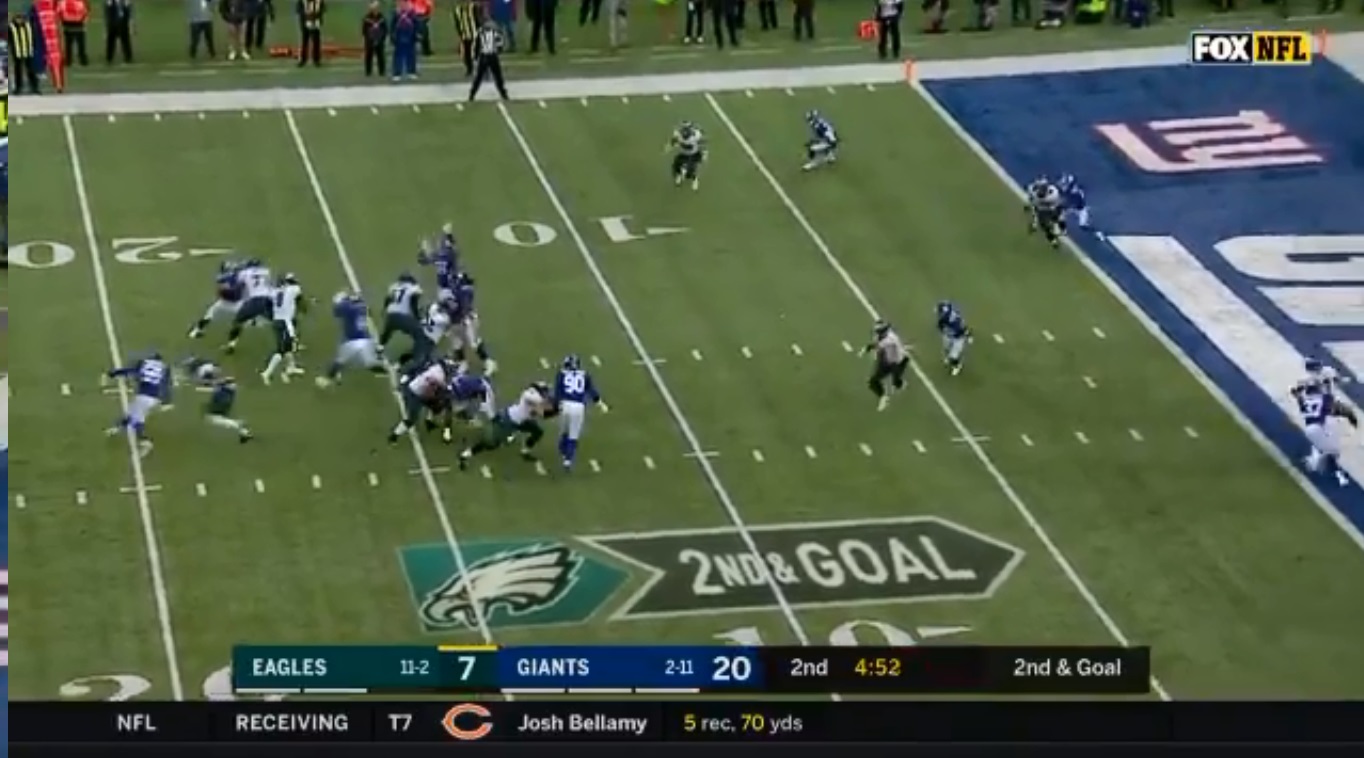 East Rutherford NJ:  After Ronald Darby got the Eagles back into the game with the Interception off of Eli Manning, the Eagles would score as Nick Foles would connect with tight end Zach Ertz and the Eagles would be down one score at 20-14 late in the second quarter

Merrill Reese on SportsRadio94WIP: “Foles back up Foles looks, Foles fires and it is caught Touchdown Foles delivers to Ertz”

Back in the lineup, back in the end zone.#FlyEaglesFly pic.twitter.com/PSWJRw78AU