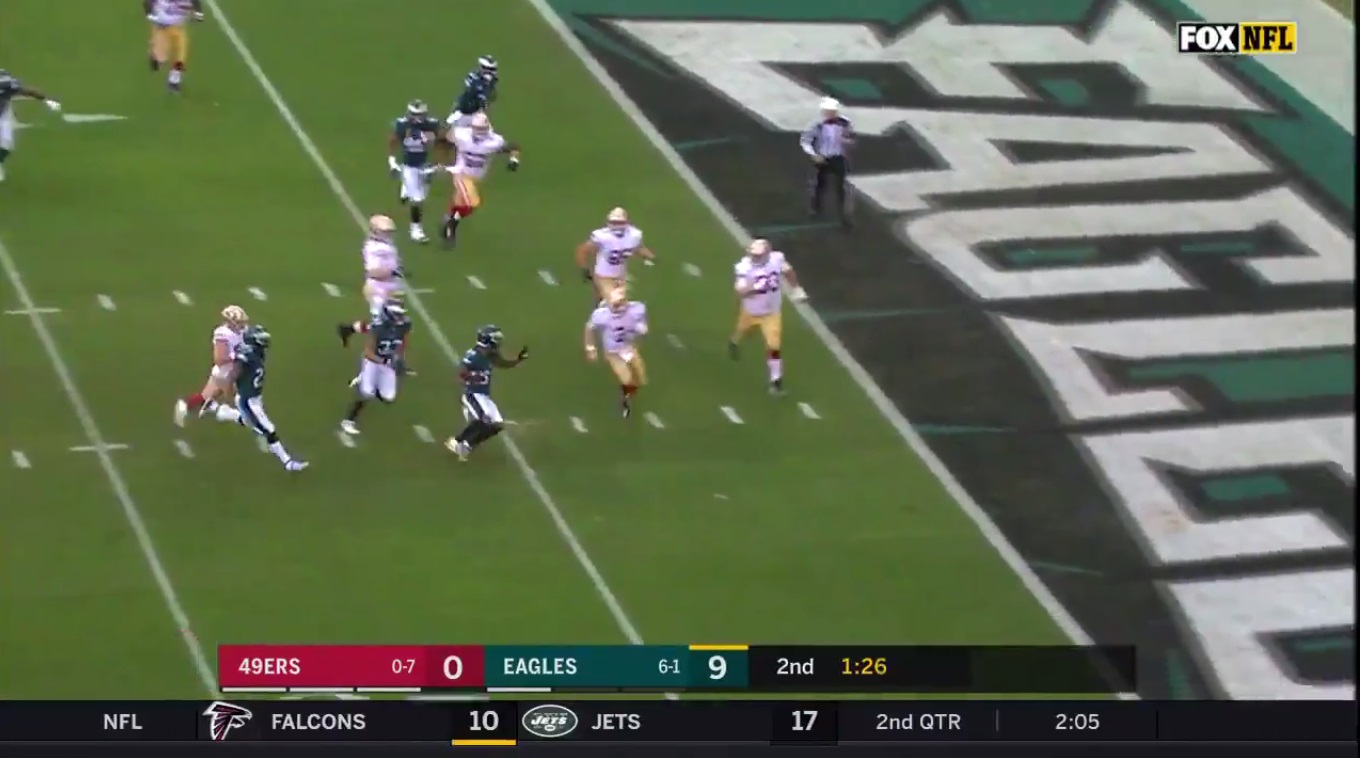 Philadelphia PA: With the Eagles leading 9-0 late in the first half and the 49ers were trying to get points before the 1st half ended and Eagles Defense would come up with big play as Jalen Mills with Interception and returned it 37 yards for touchdown and make it 15-0, then Wentz finds Jeffery for 2 points for a 17-0 lead into Halftime.

Merrill Reese call on SportsRadio 94 WIP
“Low snap back goes Beathard he fires and its intercepted…. Mills down the left  side  he cuts back at the 15 he is running across the field he gets a block,  he cuts back he is in for a TOUCHDOWN……. Jalen Mills magnificent.”

?? PICK-6 ALERT! ??@greengoblin takes it to the HOUSE! #FlyEaglesFly pic.twitter.com/RrBs9r7OfN