Recap: Eagles take down 49era, get their first win of the season

Well, it took four weeks, but the Philadelphia Eagles finally got their win.

The Eagles outlasted the San Francisco 49ers, winning their first game 25-20. With their win, the Eagles take possession of first place in the division.

From an offensive standpoint, the Eagles had a nice game. Practice squad players at wide receivers making plays, a band aided offensive line held firm and Carson Wentz got the job done.

Wentz threw a beautiful deep pass to practice squad wide receiver Travis Fulgham for a 42 yard touchdown. Fulgham had himself a big game, coming up clutch when the Eagles needed him the most. 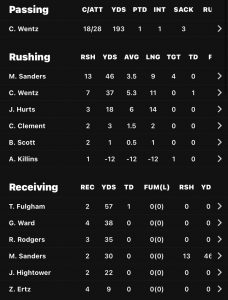 In terms of defense, they had trouble containing tight end George Kittle who had a monster game. But, they held firm and not only had five sacks, but forced three turnovers.

Linebacker Alex Singleton was called upon to play when TJ Edwards went down. He ended up winning the Eagles the game with a pick six in the fourth quarter to go up 25-14. 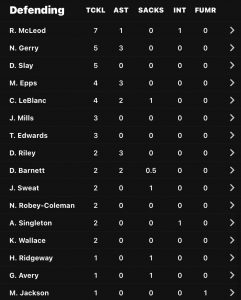 What we saw tonight wasn’t pretty, but it was a full team effort and a team win. The Eagles got the job done and showed us a bunch of heart along the way. It’s a huge win for the locker room and a huge confidence builder. They’ll take on the Pittsburgh Steelers next week in a battle for Pennsylvania. Fly Eagles Fly!!