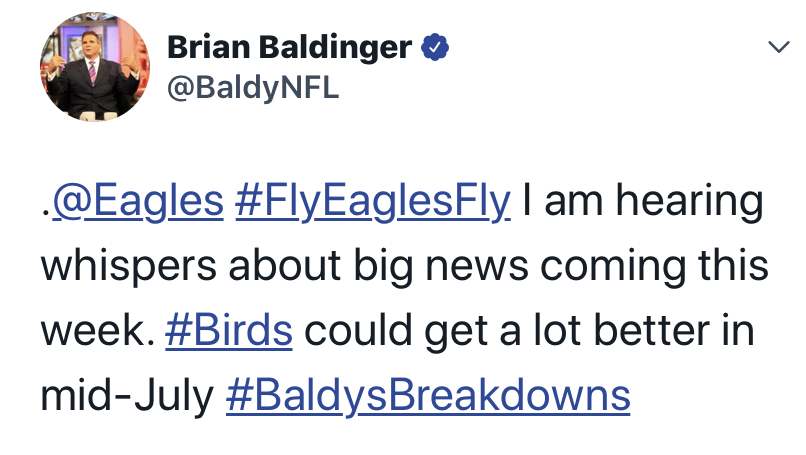 Well, it’s only July 12th and things are getting interesting.

.@Eagles #FlyEaglesFly I am hearing whispers about big news coming this week. #Birds could get a lot better in mid-July #BaldysBreakdowns

He did not give any context to what the move may be. However, as you can see, he claims that because of said move the Eagles are getting a lot better.

Adding any of those players is a big acquisition to an Eagles team that let’s set to make a run. Adding to the defensive and offensive line will always make you a better team so that makes sense. But also, a player like Adams could change your franchise.

This news is such a tease. We just need this supposed move to happen now rather than later. The anticipation is just to kill us! Stay tuned folks!