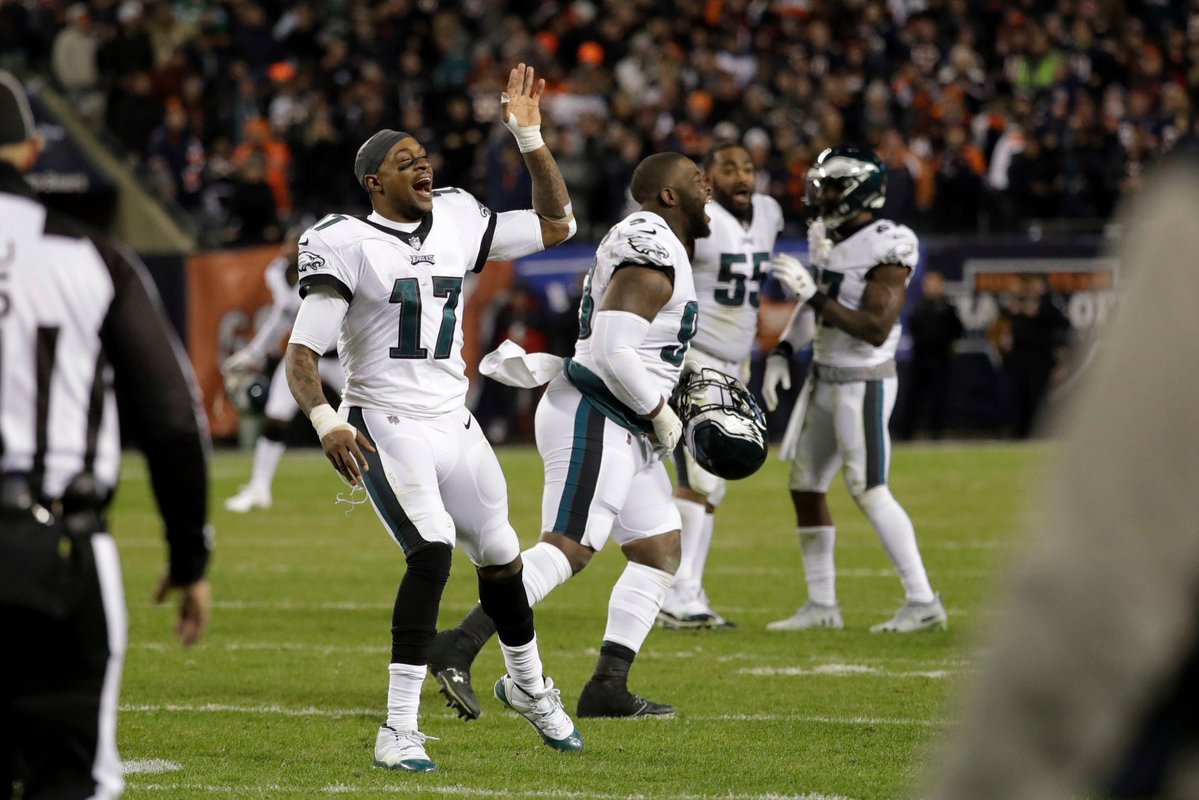 Post Game Thoughts: The Eagles WIN, thanks to a missed field goal by Bears, Eagles advance to the divisional round where they’ll face Saints

Wow is all we can say.

The Philadelphia Eagles defeated the Chicago Bears 16-15 after Bears kicked Cody Parkey painfully missed a 43-yard field goal for the win. A win today advances the Eagles into the next round where they’ll face the New Orleans Saints.

But, let’s not get too far ahead of ourselves, let’s get back to this game. It was a hard fought battle, and both teams were deserving victors. But, after a bit of that St. Nick postseason magic, the Eagles see themselves advancing.

Speaking of Foles, he had an off day but made the big play when it mattered. This game came down to whoever was going to make the big play. And on fourth down with the game on the line, Foles found wide receiver Golden Tate for the two-yard touchdown. He finished the game with 266 passing yards, two touchdowns, and two interceptions. Tight end Dallas Goedert was on the receiving end of the other touchdown.

Offensively, the Eagles struggled, the defense held firm. They held the Bears to 356 yards, including just 65 rushing yards. If it were not for a bad string of plays by cornerback Avonte Maddox, the Bears would have had virtually no offense on the night. The defense bent, but did not break and make no mistake about it, it was a dogfight all night.

Cornerback Cre’Von LeBlanc had a very nice game for the Eagles. He held his own in the slot and was a part of the somewhat controversial fumble/ incomplete pass. He’s been very impressive ever since he started for the Eagles. Another player who came up big for the Eagles was Tate. Yes, he caught the touchdown, but he also made another big play earlier in the game. Trading for him and it being the right move has been a controversial topic. JUst from his efforts today makes that trade worth it for me, an experienced player ready to make a big play is a big asset in the playoffs.

Well, well, well, you cannot say the Eagles did not warn the league. Letting the Eagles in the playoffs was a big mistake because now more than ever, they are ready to make a run. And, next up for them is the Saints.