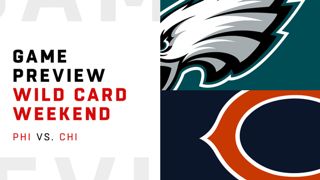 Keys to the game: What needs to happen in order for the Eagles to win

With kickoff just a few hours away, it’s go time. It’s put up and shut up from here on out. Actually for the Eagles, it’s been that since week 15. Going into Chicago it’s the same mentality carrying over and with that being said, here’s the keys to the game for the Eagles.

Quick decisions and quick throws. That’s what it’s going to take at first for the Eagles. This will nullify some of the pass rush the Bears are going to throw at the Eagles. And, luckily for the Eagles, they have one of the best RPO quarterback in the league in Nick Foles. He’s going to get the ball out quick and move the Eagles down the field. But, this is important because it allows them to takeaway some pressure from the Bears early on.

Last postseason, Jeffery was pretty much unstoppable. In a game where he’s returning home to his previous city, it’s a revenge game. The Eagles need to channel this in him and let him have a day. He’s virtually unstoppable when he’s feeling it and on the big stage the Eagles need him to perform.

Let those boys go eat. Fletcher Cox, Michael Bennett, Brandon Graham, Chris Long and company are hungry, feed them. The Eagles need top performances from this group. Together they can takeover the game and win it for the Eagles.