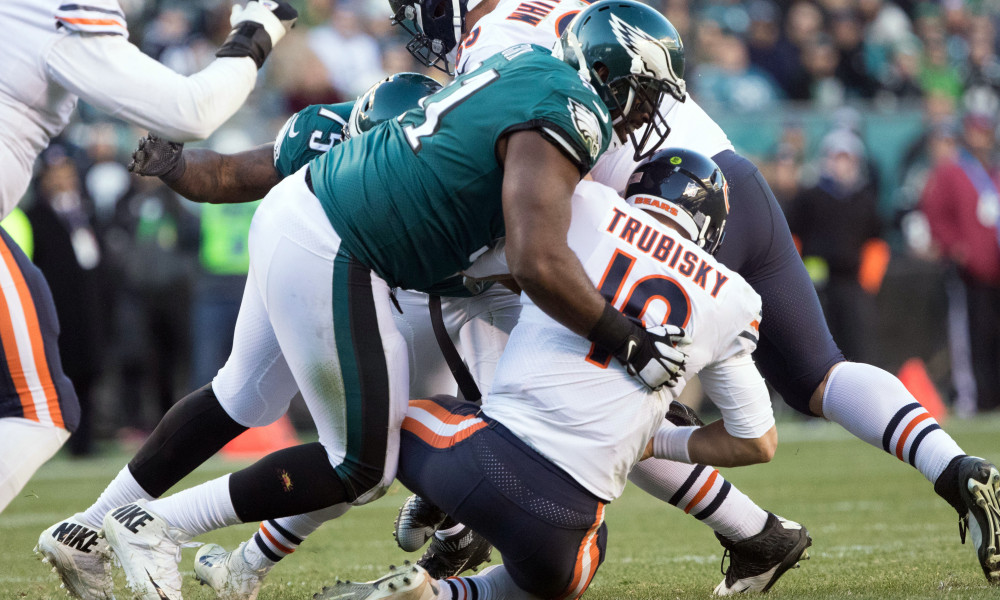 Eagles need a big game from DL Fletcher Cox this Sunday vs. Bears

Right now, Eagles DL Fletcher Cox is dominant and Sunday they look to him again to be disruptive vs. Bears.

Playoff football is here and for many teams, it’s time for your stars to shine. For the Philadelphia Eagles, that star is defensive lineman Fletcher Cox.

Cox has been on a terror the last four weeks. In those four games, he leads the whole league in quarterback pressures with 29. That compliments his tremendous season where he was just named first team All-Pro. He was also named to the Pro Bowl, too.

Overall on the season, Cox finished with 46 combined tackles, a career high 10.5 sacks, a career high 12 tackles for loss, 33 quarterback hits and one forced fumble. But, with all of that being known, you’d figure his impact is immense. However, his impact goes much deeper than statistics. With Cox being such a force on the line, he opens up opportunities for other guys to make a play. All season long, Cox has been an opposing teams’ nightmare and that’ll carry into Sunday’s game versus the Bears.

Speaking of the Bears game, Cox will be up against a very good offensive line. The Bears have the 11th best rushing attack and for the most part, kept quarterback Mitchell Trubisky clean, allowing just 33 sacks on the season. For the Eagles to have success, they need Cox to have a big impression on this game.

Up against Cox will be left guard James Daniels and center Cody Whitehair. If he were to switch it up he’d be up against right guard Eric Kush. Being batted tested against the best, Cox should be able to win any one on one battle against any of those offensive linemen. However, expect a lot of double teams.