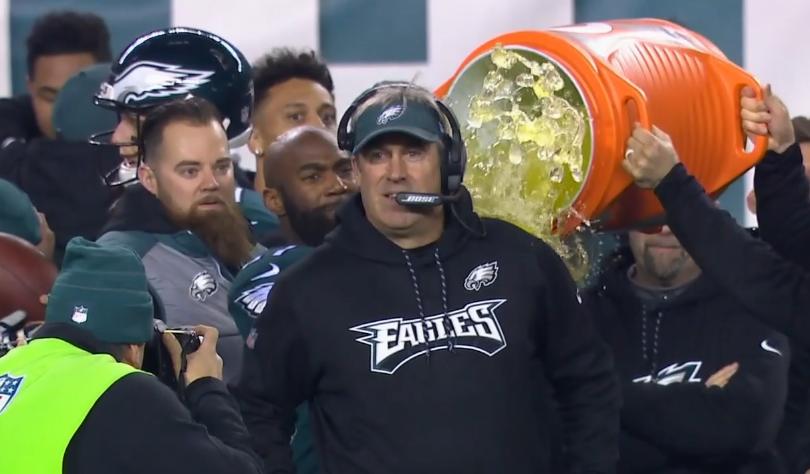 Going into the Super Bowl, all the talk is about how good of a coach Bill Belichick is, however, this season, the better coach this season has been Doug Pederson.

Through all the injuries, the Eagles have succeeded. In week 14, Carson Wentz went down injured, leaving doubt for the Eagles Super Bowl chances. But, Pederson showed everyone how good of a coach he really is with the job he has done with this team and here’s why.

For one, this team never stopped believing in each other. No matter what happened to them, they always had faith in their system and in each other. It is hard for a coach to keep every player happy as well as build the type of chemistry we see this team have. When you have a group of guys all in for the cause, powerful things come out of that.

Secondly, Pederson adapted when needed to. In games, he made the right calls, showed his ability to get the offense going and lift the team. With less than 30 seconds left in the half in the NFC Championship game, instead of Pederson having the team kneel the ball, he had them march down the field and they ended up kicking a field goal. That shows the type of trust everyone has in him and his ability to call the right plays and keep the ball rolling. A lot of coaches and teams would not have done that when put in that situation, however, Pederson trusts his team and they trust him.

And, finally, Pederson’s masterclass this season deals with the management of Nick Foles. Pederson decided to change the offense and build it more around what Foles is good at. As a result, Foles played his best game in his career versus the Vikings. With a combination of the first two points and the new installment of the run-pass option, Foles looks as confident and as comfortable as ever. It really is all a testament to how good of a job Pederson has done this season as a coach. No other coach in the situation the Eagles were in this season would have made it to the Super Bowl and it really shows how special of a coach, game caller, and person Pederson is.

Like always Pederson will be judged on his performance in this Super Bowl more than his job this regular season and in the playoffs. But, do not let whatever in this game upcoming mess with the fact that Pederson has been an outstanding coach this season. Two years into his tenure, the job he has done with the Eagles is very impressive both on and off the field.