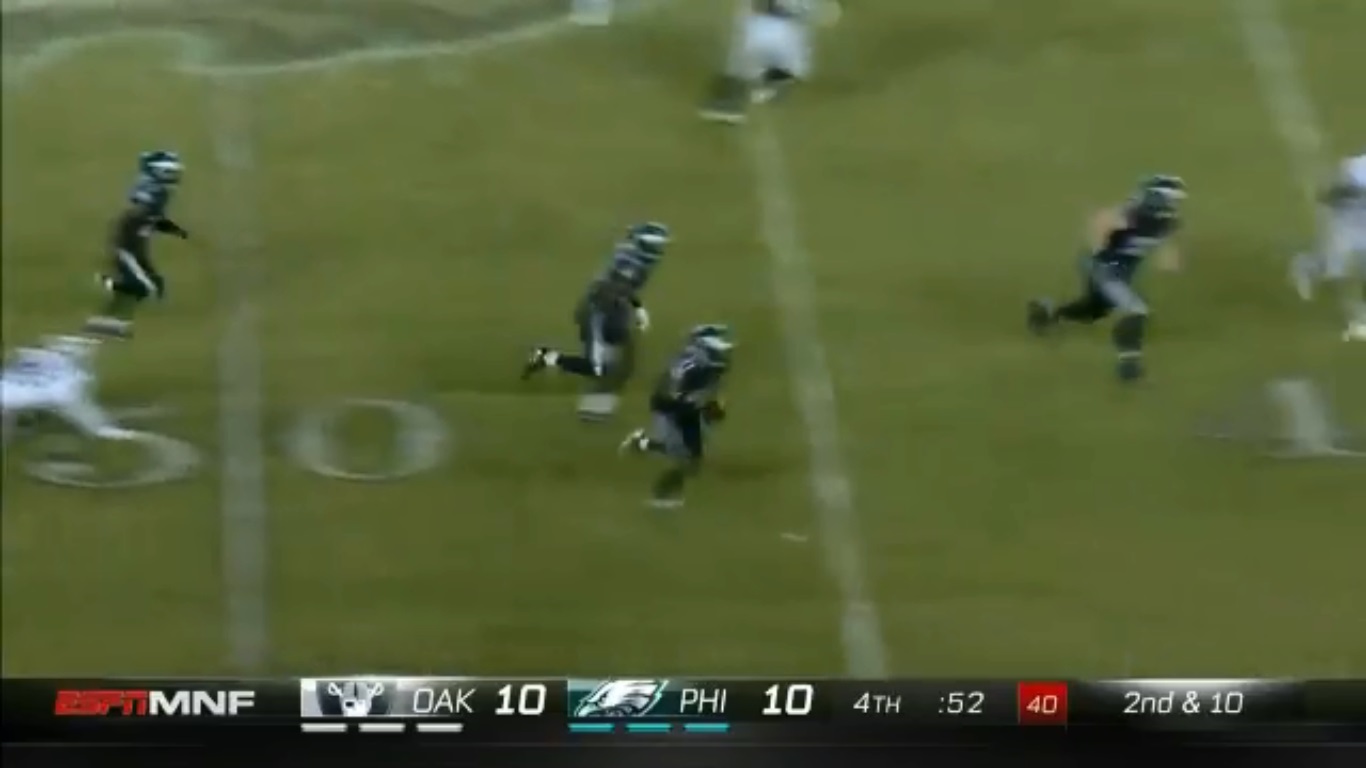 Philadelphia PA: Late in the 4th quarter with the game tied at 10, the Eagles Defense would make a huge play as Ronald Darby would Pick off Derrick Carr and Darby would run it into the end zone but the officials would say that Darby was down by Contact at the spot of the interception, Eagles ball. This interception would hurt the Raiders in the End

Merrill Reese on SportsRadio 94 WIP: “2nd and 10, Carr backpedals fires at a quick slant its Intercepted, Intercepted running with the football all the way in is Ronald Darby…..he may have been touched down I don’t know”

Ian Eagle on Westwood One: “Carr throws a floater…..Intercepted picked off by Darby, Ronald Darby is running down the sideline…..Darby takes it into the end zone…..he was ruled down…the Officials will come together…..Derrick Carr is intercepted late stages of the 4th…Eagles are celebrating like they have taken the lead in the game but the officials will have something to say”