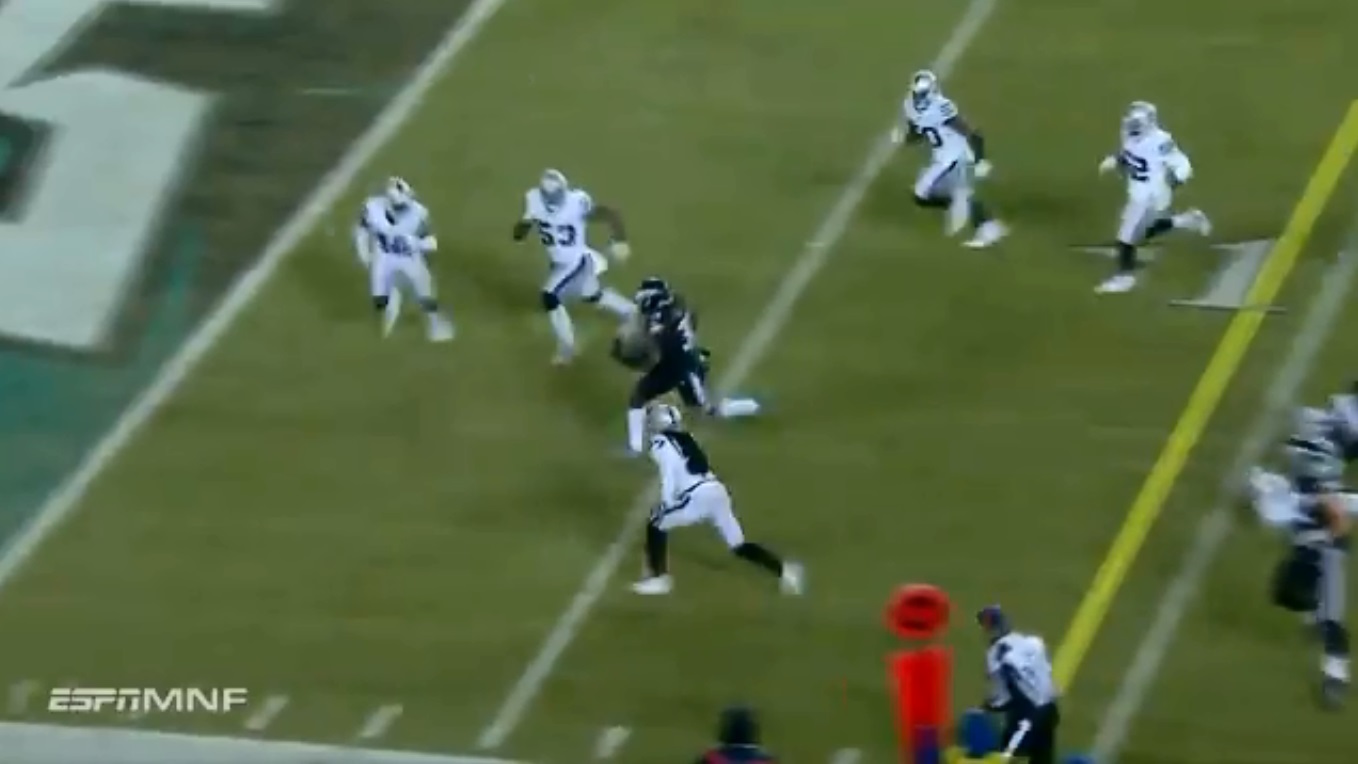 Philadelphia PA: The Eagles took on the Raiders on Christmas Night from Lincoln Financial Field in South Philadelphia, the Eagles would open the scoring in the first quarter as Quarterback Nick Foles would connect with RB Jay Ajayi for a 17-yard touchdown pass for the early 7-0 lead.

Merrill Reese on SportsRadio 94WIP “In the Gun is Foles, he is back he dumps it off to Ajayi, he is at the 15, he is at the 10 the 5 he dives Touchdown…. Ajayi

Ian Eagle on Westwood One: “Foles sets up for screen left side Ajayi, Ajayi cuts it upfield Ajayi looking for the end zone dives he is in TOUCHDOWN Eagles….. Jay Ajayi on a catch and run, TJ Carry could not bring him down and Philadelphia Strikes first 17 yards”