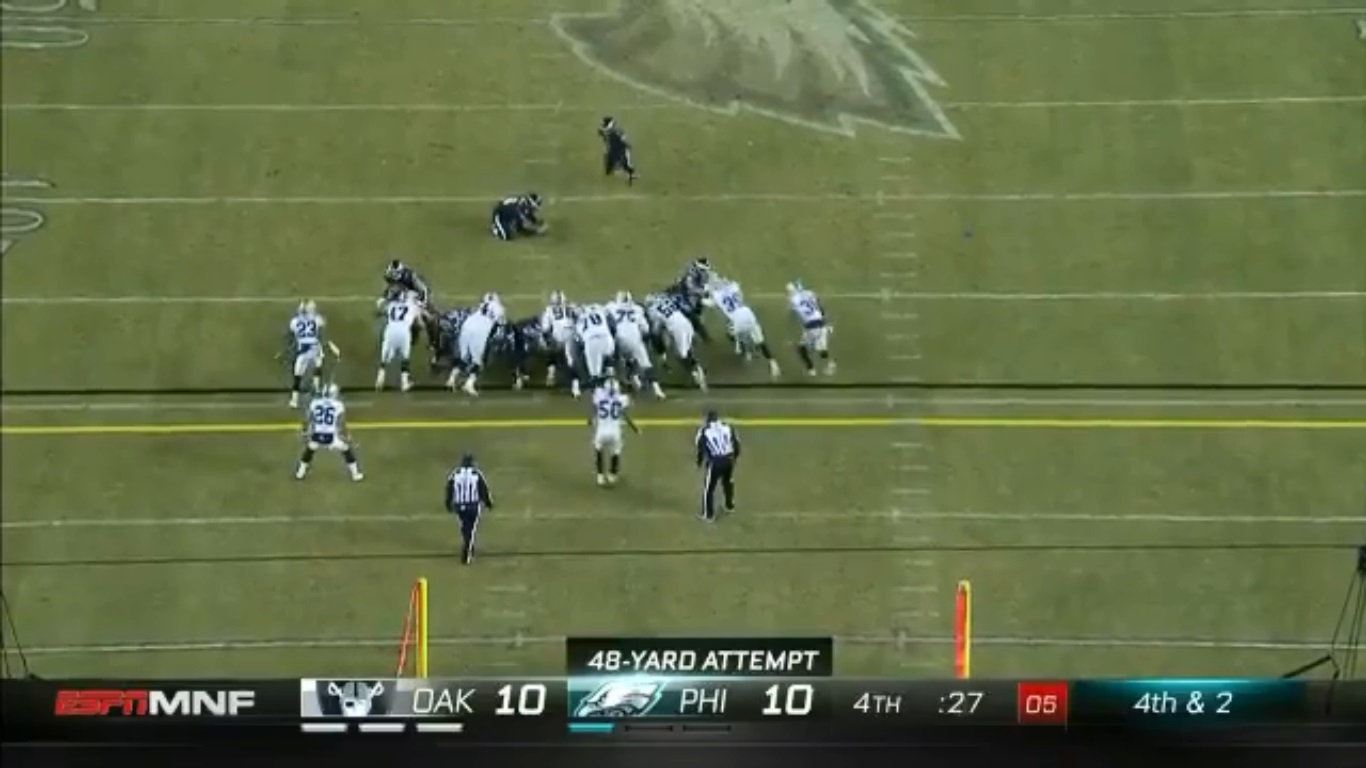 Philadelphia PA: With the game tied at 10 with under 20 seconds left in the 4th quarter, Eagles sent out kicker Jake Elliott to hit a 48-yard field goal for the win and he nailed it.

Merrill Reese on SportsRadio 94 WIP: “Ball is spotted, Kick is on the way and it is GOOOOOOOOOOOOOD”

Ian Eagle on Westwood One: “Philadelphia looking for the lead, Lovato will snap it, Donnie Jones the holder, Elliott the approach the Kick on the way the kick is GOOOOD…Elliott puts the Eagles in front 13-10 with 22 seconds remaining ”

Jake Elliott, for the No. 1 seed in the NFC.#FlyEaglesFly pic.twitter.com/LOQ86ZJZ92

Jake the Snake does it again. ? pic.twitter.com/wDRZIF4dRG