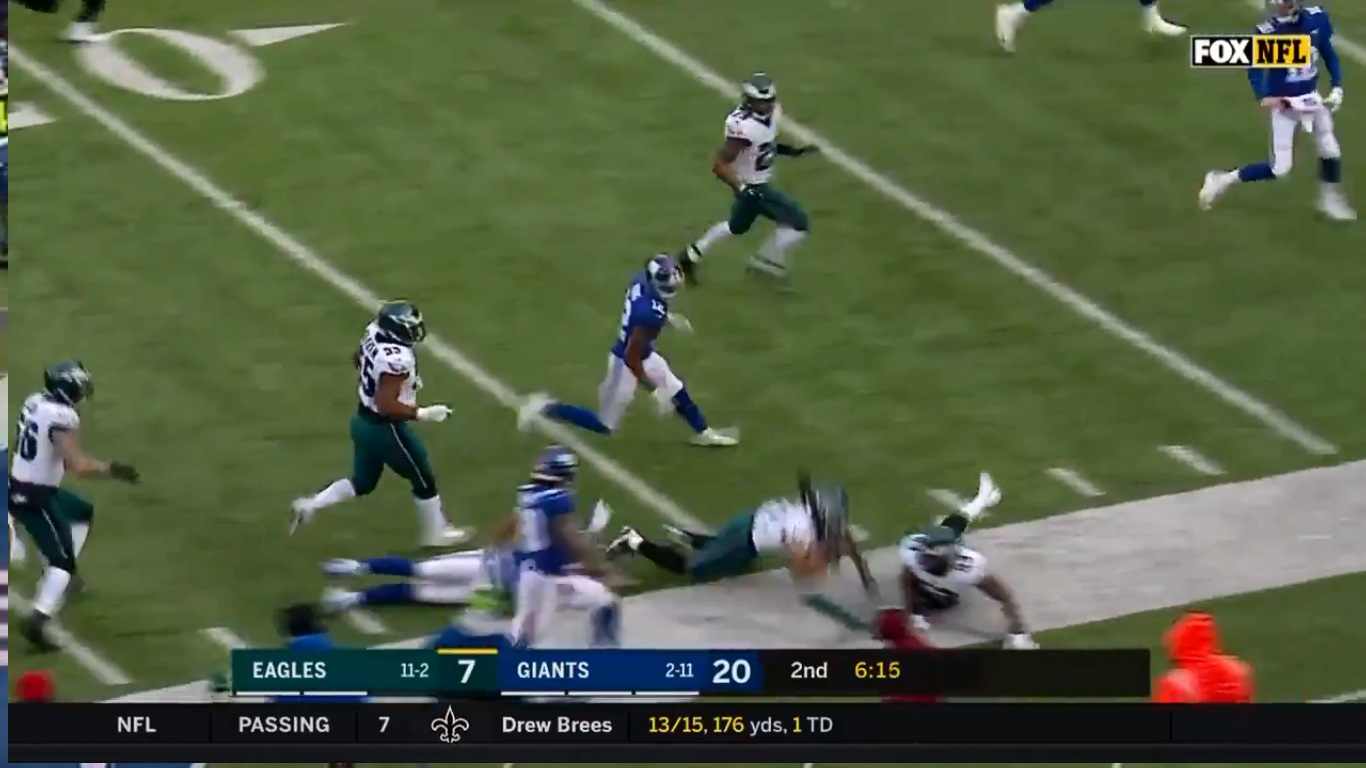 East Rutherford NJ: The New York Giants is having their way against the Eagles defense in the first half, Eagles got a wake up as Ronald Darby Picked off Eli Manning and Returned it 37 yards to get the Eagles back in the game in the second quarter

Going the other way! #FlyEaglesFly pic.twitter.com/IyyAUROVUJ