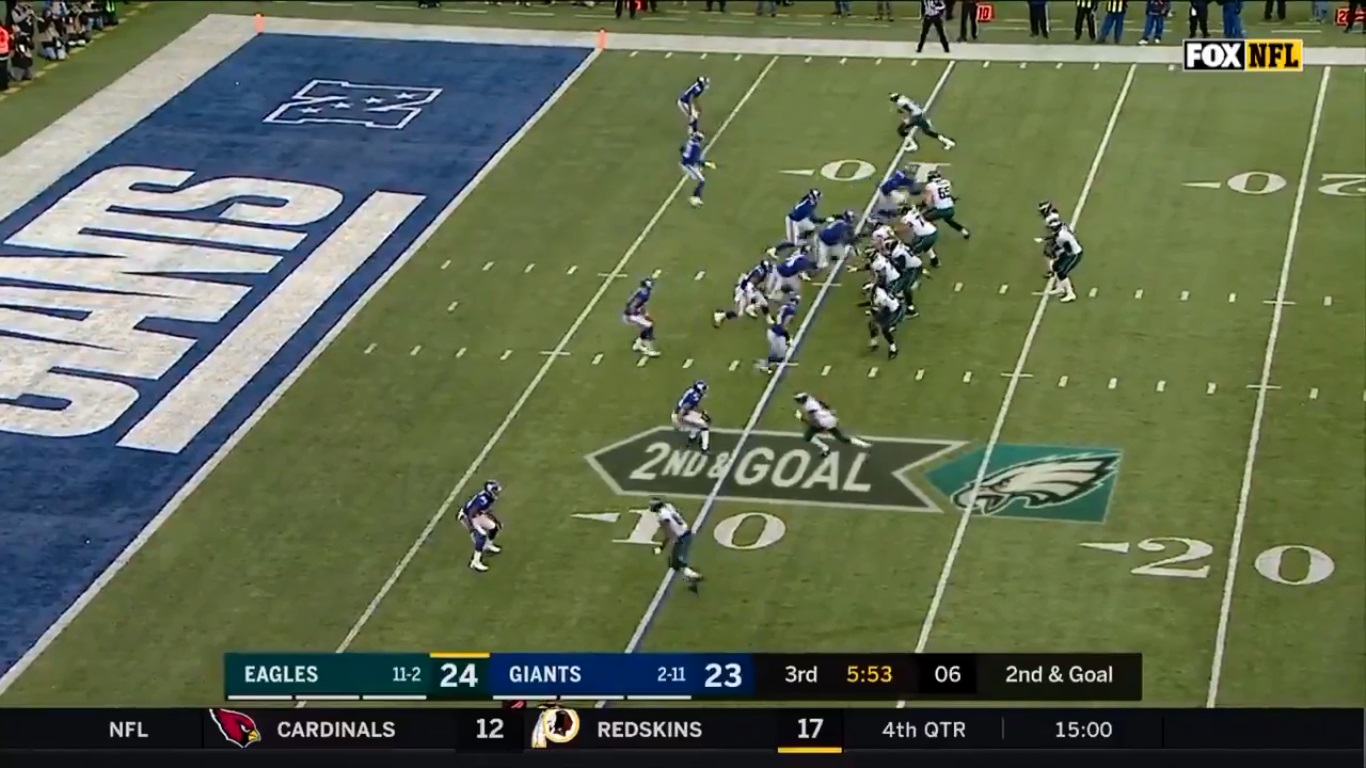 East Rutherford NJ: With the Eagles leading 24-23 in the 3rd quarter, the Eagles went down the field and Nick Foles would connect with Nelson Agholor for an amazing touchdown as Nelson Agholor would jump up and take the ball away from the Giants Defender for the 10-yard Touchdown and the Eagles would take a  31-23 lead

Merrill Reese on SportsRadio94WIP: “Foles back, Foles looks Foles fires and it is caught Agholor Touchdown he went up and pulled it down”