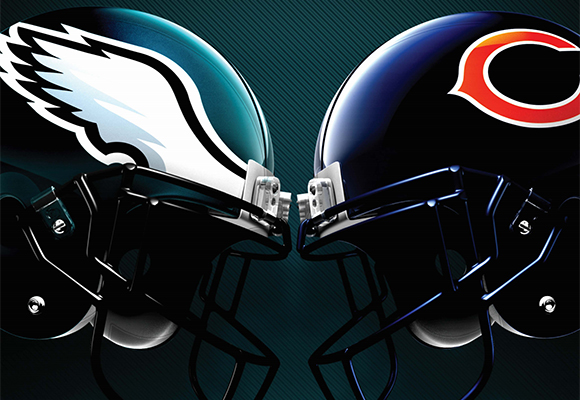 The NFC East meets the NFC North when the Philadelphia Eagles take on the Chicago Bears. The league-leading Eagles are looking to avoid a loss to a very average Bears team. At home, the Eagles are undefeated and you better bet, they are looking to keep it that way.

The Bears are a little banged up heading into this matchup, which bolds well in the Eagles favor. The Bears will likely be without a few key defensive players which are never a good thing, especially against an offense as good as the Eagles. Not only do the Eagles have the NFL’s leading MVP candidate Carson Wentz, but also the league’s second-best rushing attack. With that being said, I do not see the Eagles struggling to defend the Bears offense and I do not expect the Eagles offense to struggle against the Bears defense. I see a blow out game in the making, especially with it being at the Linc. For the third game in a row, the Eagles will not have to put out an offense in the fourth quarter. I am predicting the Eagles win 38 – 13.

Here are the score predictions from the rest of our writers: