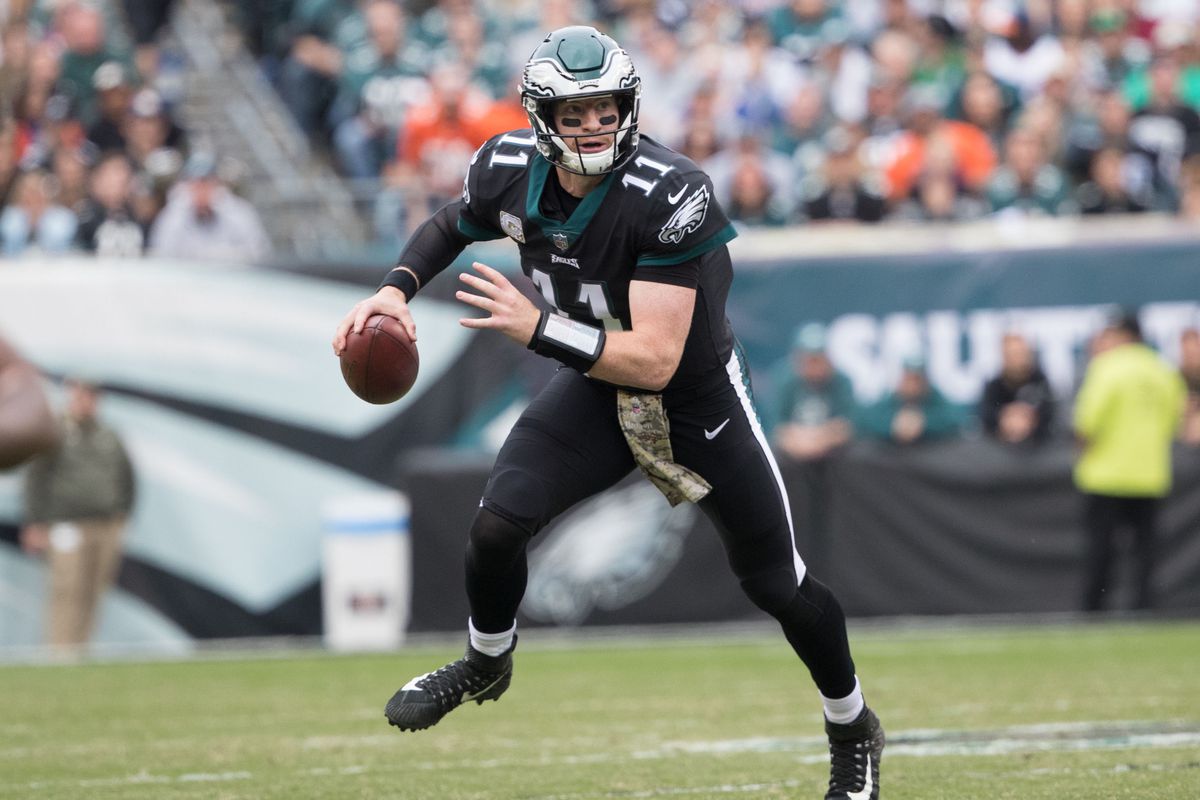 Eagles soar to 8-1, Carson Wentz shines in the rout

Say it with me Eagles fans, the Philadelphia Eagles are the best team in the NFL.

The Eagles improved to 8-1, demolding the Denver Broncos, 51-23. Going into the bye week next week, the Eagles are the best team in the NFC East and the NFL.

Eagles new addition, Jay Ajayi started his career in Philadelphia with a bang, scoring a 46-yard touchdown. He also led the team in rushing with 77 yards. Corey Clement was another bright spot, scoring three touchdowns (2 rushing, 1 receiving). As a team, the Eagles rushed for 197 yards, a dominating performance. In fact, ever since the Eagles committed to the run and balanced the offense they have been almost unstoppable on offense.

With a great run game, the game was easy for Carson Wentz. Wentz threw for 199 yards and four touchdowns in the win. He was on point for most of the season and showed great poise and accuracy.

The Eagles defense yet again imposed their will on the Broncos offense. The Broncos could not get the run going, leaving quarterback Brock Osweiler out to dry. The Eagles defense only let up 35 rushing yards, they had three sacks and forced two turnovers.

The Eagles could not be in a better spot going into the bye. They have sole possession of the division and now have time to rest up and heal before the clash with the Cowboys.