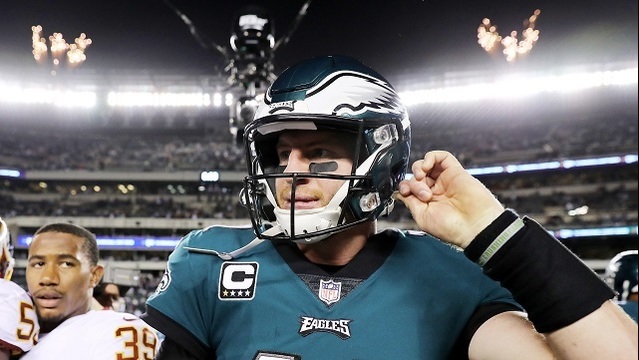 On Thursday, The league announced that Eagles QB Carson Wentz was the named the NFC’s offensive player of the month.

In October, Wentz passed for 1,247 yards with 14 touchdowns to just 3 interceptions. Last season, the rookie quarterback hurled 16 touchdowns on the year, with 14 interceptions on his 2016 resume. The North Dakota gunslinger is at the mid-season mark and looks to improve on all his passing stats from last season.

With the addition of new weapons at Carson’s disposal, Wentz has showed and proved that he is force to be recon with in his second season.