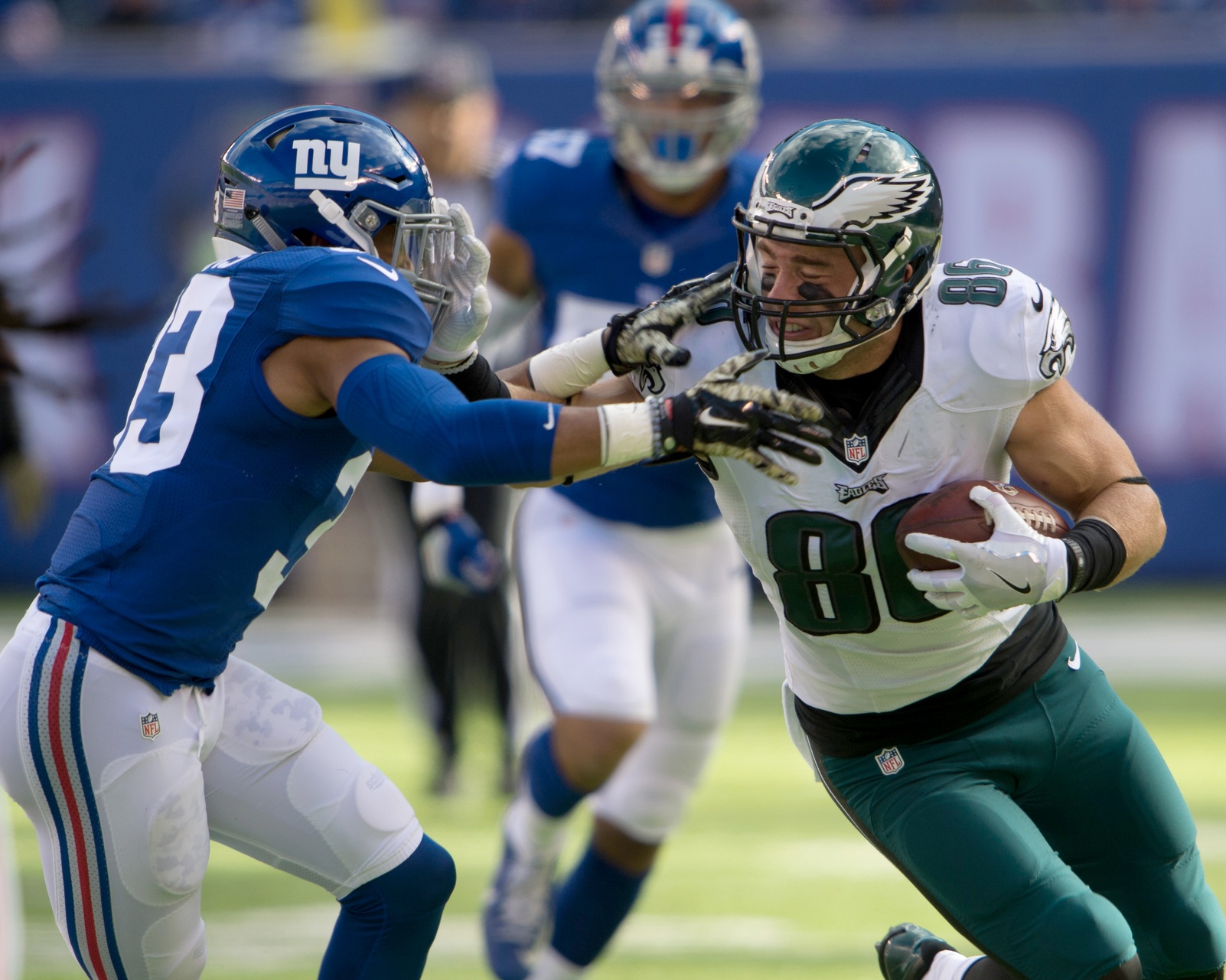 Last week I took a look at the Redskins’ offseason and how Eagles current roster measures up. Let’s take a look at what the Giants have been  up to:

The Eagles and Giants always put on a show. The games are usually nail biters or very dramatic. Over the years, Eagles have matched up well against the Giants. As the 2017 season gets closer, all teams reset to a 0-0 record. So do the Eagles have a chance to continue defeating the Giants?

The Giants had several acquisitions this offseason on the offensive side of the ball. They signed free agent WR Brandon Marshall and took TE Evan Engram in the first round of the draft. Those two will be joining OBJ and Sterling Shephard to make up one of the best receiving corps in the league, let alone in the NFC East. With concerns at the cornerback position, the Eagles defense will need to take advantage of the biggest weakness on the Giants roster — the offensive line. The division rival struggled to have a run game last year and the pocket was consistently collapsing around an aging QB. Manning threw 16 interceptions in the 2016 season.

Surprisingly, at least in my opinion, the team ignored the offensive line issue during the offseason by just taking OT Adam Bisnowaty in the 6th round of the draft. They did also pick up some questionable free agents you can’t expect to be in the starting lineup anyhow, like OG/OT D.J. Fluker, who was released by the Chargers. All the while, Eagles selected DE Derek Barnett in the first round and traded for DT Timmy Jernigan.

The Giants’ main running back is Paul Perkins. According to a recent interview, Coach McAdoo believes Perkins will be the team’s 1st and 2nd down back with Shane Vereen handling 3rd downs. Giants also selected RB Wayne Gallman in the fourth round of the draft. Although productive last year, Perkins faced difficulties behind the same line he will run behind this year. With that and so many receiving threats, I think Manning’s only option might be to throw a lot this season which could create more opportunities for turnovers.

The Giants defense could be one of the best overall in the league this year. They invested heavily in the defensive front and secondary over the last few seasons. In the draft, the team selected DT Dalvin Tomlinson in the 2nd round as well as DE Avery Moss in the 5th round.

Giants’ secondary is promising with last offseason’s acquisitions of CBs Janoris Jenkins and drafting Eli Apple. Those guys working alongside Landon Collins and Dominique Rodgers-Cromartie could explain why NFL.com ranks Giants secondary as part of the top 3 heading into the 2017 season.

The biggest weakness on the team is at the linebacker position, that is at least according to PFF’s Biggest Offseason questions report. The list was created directly after the NFL season and the Giants did not address the position, besides re-signing two players they already had. Using players like Darren Sproles or Donnel Pumphrey in matchups versus the weakest part of the Giants’ defense could be wise.

The Eagles addressed a lot of weaknesses this offseason by bringing in weapons for Wentz, trading for and drafting defensive needs while the Giants added to an already talented receiving corps and loaded defensive line. Although the Giants have a ton of talent on the roster, I think they could have done more to separate themselves from their division rivals by investing more in areas of weakness. In week 16 of the 2016 season, the Giants had a chance to clinch a playoff spot but were defeated by the Eagles. Although the Giants have a strong case to be NFC East favorites, Eagles made significant strides to keep up and could give them a run for their money.