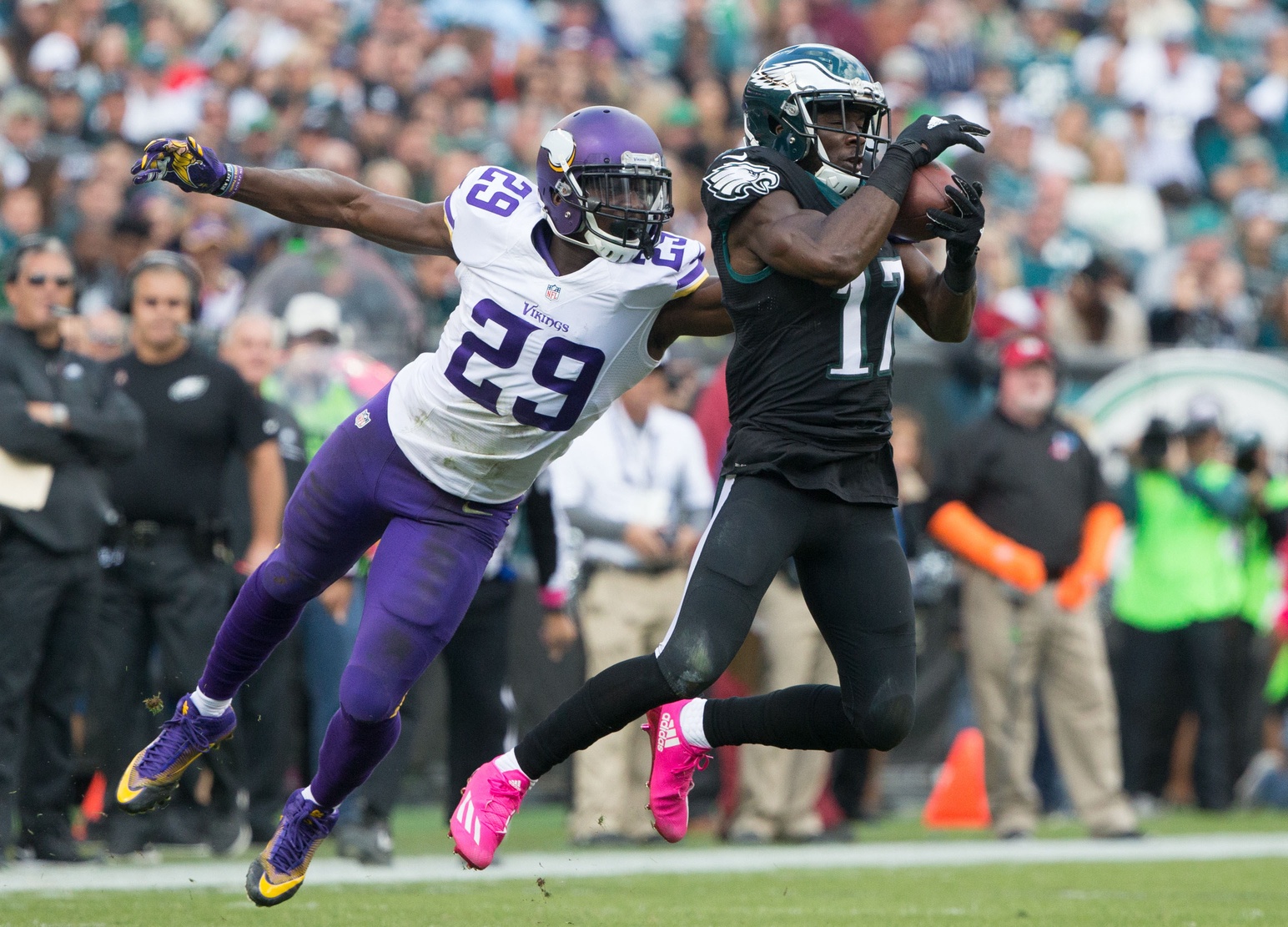 The curious case of Nelson Agholor

He was supposed to be our new Jeremy Maclin. Being a first round pick, he had a lot of pressure. After a rough rookie season, he came into this new NFL season with a determined attitude. He knew he had to play better. So far, he has not played up to par. It all started about well, the Eagles had a good wide receiver. Now, it is almost a nightmare.

Without further ado, this is the curious case of Nelson Agholor.

Coming into the NFL, this is what Nelson Agholor could do.

Look at his field vision. I know he has not been the Eagles punt returner, but just as a player, look how he utilizes his speed. His ability with the ball in his hands was special.

Now this is just impressive. A contested slant route for a touchdown. Look at how he gets the ball, he almost rips it out of the air.

As an Eagle, this is a route Agholor continues to struggle to catch. You can almost bet if Wentz makes that throw to Agholor in a game, he is not catching it.

This is an extremely difficult catch. However, Agholor found a way to once again, get the ball. He even gets both feet in. That is one heck of a play.

For the Eagles, he is so bad in the red zone, they do not even try to make that throw.

This where you ask yourself, what went wrong?

To be honest, I really cannot say. Agholor was a legit wide receiver in college. You are looking at a receiver who had 1313 yards and 12 touchdowns his junior year when he left USC. He was making legit plays. None of the plays I showed you are fluke college plays. What I showed you are plays made by a really good receiver. It takes NFL skill to make those plays.

As a player in the NFL, Agholor has only managed to catch 50 receptions for 547 yards. He has also only been in the end zone twice.  Forget statistics right now, he is a player that cannot be trusted. In college, they knew he could make a player. However, now, the Eagles are closing their eyes when the ball is thrown his way. On numerous occasions, Agholor has a tendency to not make the play.

My biggest complaint is that. Where is the explosive speed, the run after catch ability, the go up and grab it mentality, and most importantly, where is the playmaking ability?

When it matters most, Agholor will not make a play for the Eagles. It is a curious case indeed. Hopefully, the Eagles and Agholor have a resolution soon.