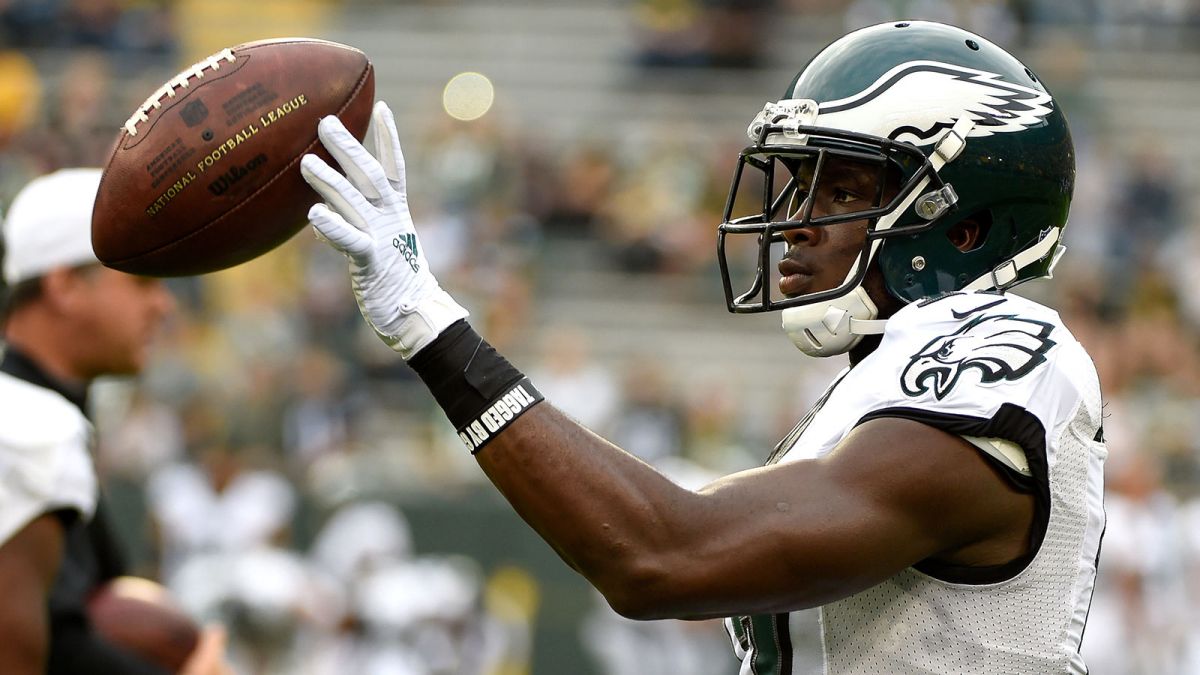 Nelson Agholor: Why He Should Be Benched

Nelson Agholor, the Eagles’ 20th overall pick in the 2015 Draft, has made quite the name for himself. Good or bad? Right now it’s leaning to the bad side for Eagles’ fans.

Agholor has not had a good season to say the very least. He has the potential to be a great wide receiver, but so far he’s been quite the bust. He’s more well known for his dropped passes than his production at this point. In last week’s game against the Falcons, Agholor had two drops and only two receptions for seven yards. It doesn’t stop there. Here’s why I think last week’s game against the Falcons should be Agholor’s last for a while:

So far this season, Agholor has 27 catches on 48 targets for only 264 yards, with a measly 9.8 yards per catch. The worst part, Agholor has been on the field for 92% of the passes attempted this season by the Eagles. Last season he had similar stats, with an unimpressive 23 catches for 283 yards and one touchdown. So he has the same amount of touchdowns this year and last. Could he get another touchdown this year? Yes. Do I think he will? No.

Another thing that is concerning about Agholor is his dropped passes. It’s a little unfair to judge just Agholor when every Eagles wide receiver is guilty of the same problem. However, most of Agholor’s dropped passes have been during crucial moments in games. An example, when he dropped a ball on a slant route down by the goal line in the Dallas game, forcing the Eagles to kick a field goal. Last week’s most frustrating drop was on a 3rd & 1 when the Eagles were up by six points at the end of the game. Both of these drops were almost deciding factors of the games.

Lastly, the thing that bothers me the most about Agholor is his attitude. I know things get heated, I get it. However, when confronted about something, don’t make it a headline story. Simply acknowledge it. Say “I’ll do better next time”. I know there’s 53 men to a football team, but not every single one of them are making terrible plays in the most pivotal times. If there’s one thing that I learned about being a Philadelphia sports fan, it’s to not cross us. Don’t get on our bad side. After his confrontation about dropped passes, he reached that point with me. Apparently, he reached that point with many other fans when he was booed at last Sunday’s game.

Here’s my message: Bench him. Get him fired up. Give him a reality check. Give Paul Turner or Bryce Treggs a chance until Agholor learns how to play football the right way – with good hands and a good attitude.