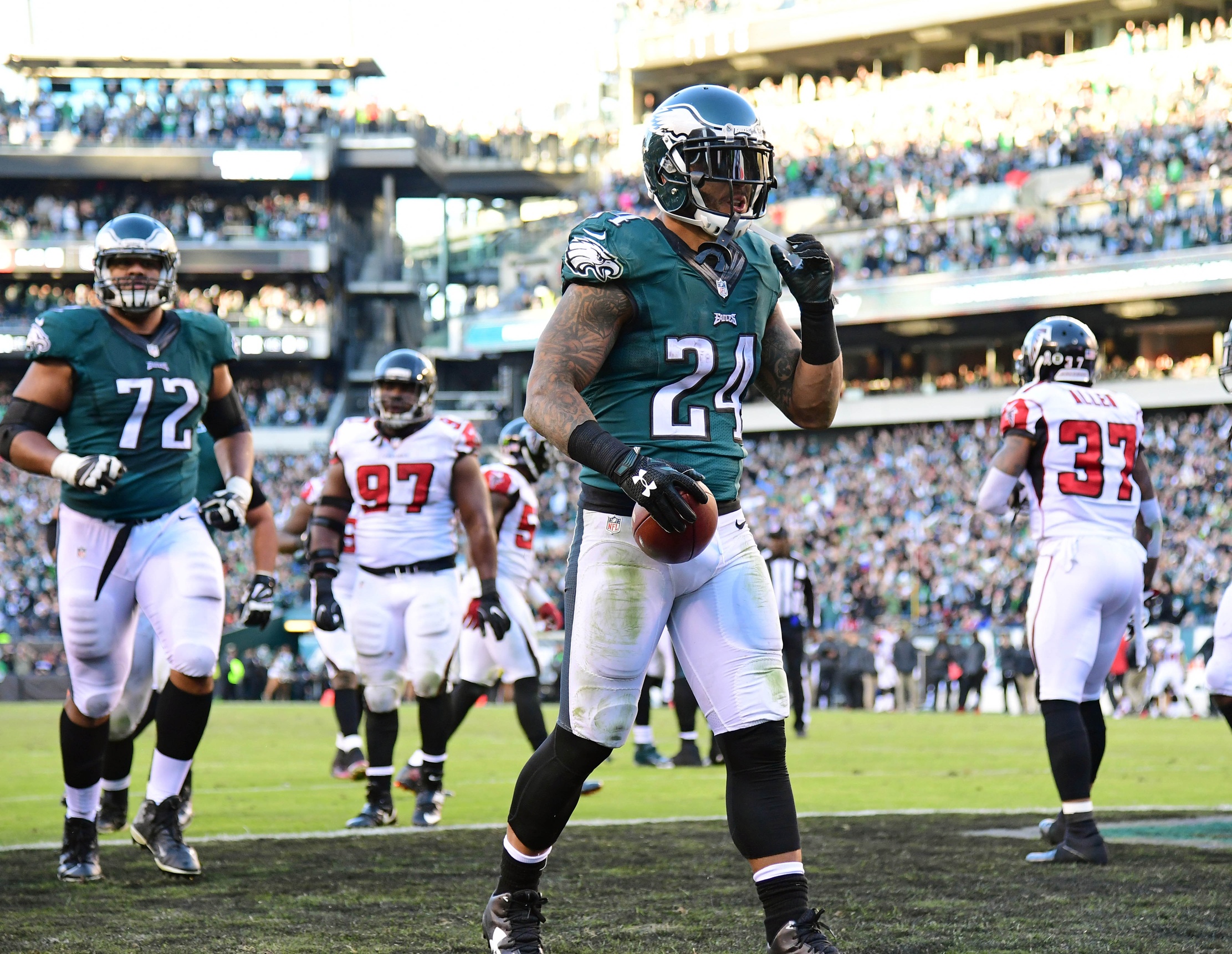 Note to the Eagles: The run game will win you games

The last couple of games, you were playing away from your strength. You were constantly putting the ball in the hands of unreliable, and unproductive receivers. Yesterday, you played to your strength and won. The run game will win you games.

We all know that the team has receivers that can be considered a liability. Instead of giving these guys looks, use the weapons you have. Use the Jordan Matthews, Zach Ertz, Darren Sproles, and Ryan Mathews. Better yet, run the ball and control the game.

It was beautiful to watch, the Eagles ran the ball 38 times for 208 yards. As a team, this is an average of 5.5 yards per carry. Mathews lead the way with 19 carries for 109 yards and two touchdowns. The rookie Wendell Smallwood was effective too. He ran the ball 13 times for 70 yards.

Putting it all in perspective, last week versus the Giants, the Eagles handed the ball off 21 times to four different running backs. They were committed to the run versus the Falcons and because of it, they dominated the game.

The Eagles ended the game with a time of possession of 38:10. That is 16:60 better than the Falcons. The Eagles used the run game to control the game. It gave their defense a nice little break on the sidelines. When the Eagles have a dominant run game, their whole team is positively affected.

The message to the Eagles is clear, run the ball. This team is much better when the run game is effective. Sometimes I get it, it just is not going your way. However, you have to stay committed. The Eagles have a great group of hungry running backs ready to change the game. Stay committed and run the ball.