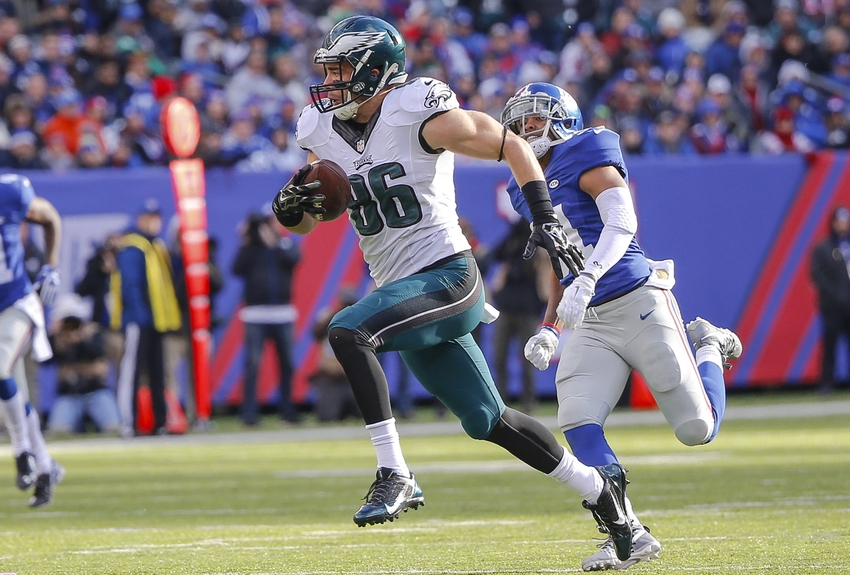 Buying or Selling: Zach Ertz to have another big game vs. Atlanta

After having a season-high eight receptions and a season-high 97 receiving yards versus the Giants, Eagles tight end Zach Ertz looks to build off of his breakout performance this Sunday versus the Atlanta Falcons. Will he have another big game?

In terms of passing yards, the Falcons are the second worst defending the pass. On average, they allow about 290 yards a game. However, can the Falcons defend tight ends?

Today, offensive coordinator Frank Reich expressed his and the Eagles desire to keep Ertz involved. Even calling Ertz a playmaker. News has it, the Eagles want to get Ertz more involved in the red zone as well. They want to feed Zach Ertz.

Knowing all that, are you buying or selling Zach Ertz versus the Atlanta Falcons? Will he have another big game?

I believe he will continue to gain momentum with another big game versus the Falcons. It is clear, Ertz and Carson Wentz are building a connection. The Eagles want to keep Ertz involved and get him even more involved. We all know he has the ability. I think in weeks past, it was the play calling affecting him. He was averaging just three targets a game.