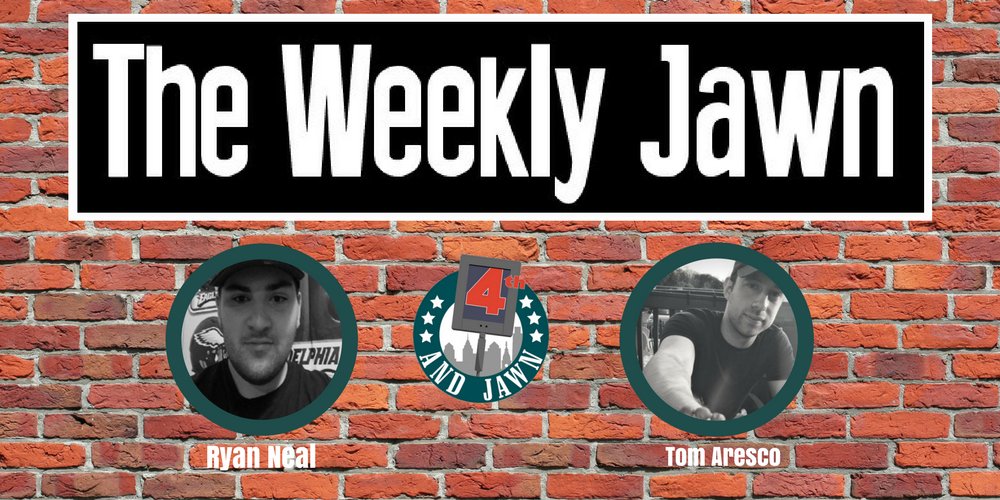 Welcome to our brand new series Weekly Jawn. Each week we will take some of the questions you submit and answer them here. As always, thank you for submitting your questions on Twitter. We look forward to answering more of your questions in the future episodes.

I honestly think that the Eagles lineup versus the Redskins is their best lineup. Going forward this season,  I do believe we are going to see that same lineup. I know Big V had a nightmare, but I think he was put in a position to fail. I think Big V will only get better. So, yes, I think the Eagles best lineup going forward is the one they currently have. – Ryan

I think that the coaching staff is trying to evaluate as much as they possibly can this season. Sooner than later, they’ll have to realize that protecting Carson Wentz is more important than seeing a 5th round draft pick extensively over the course of a brutal schedule. I believe the best OL moving forward would be one that puts the Eagles’ veteran linemen on the field as much as possible. – Tom

I think that the Eagles starting running back going forward should be Wendell Smallwood. We have seen so much from this kid. There is no reason not to believe he should be the starter. In my opinion, he gives the Eagles the best chance to win at the running back position. – Ryan

The Eagles’ staff would like to evaluate their young talent, however, the running back position is a delicate one. With a variety of backs, I think they’d just like to get the most out of each body. Ryan Mathews is a strong runner and he should be used accordingly. Darren Sproles can still make plays with the ball. The Kenjon Barner/Wendell Smallwood duo can give you some burst. I think the starter should be Mathews, but as the season progresses, all of the running backs will be vital. – Tom

It is a good idea, however, I do not think they should review penalties like touchdowns. I think it will slow down the game too much. – Ryan

It might even be more maddening, and it would make the games twice as long. For lack of better terms, I think the refs should just do a better job. – Tom

It is not that they are too small, I think they are just not good. In this defense, the linebackers need to be good tacklers. Game after game, we see a bunch of missed tackles from these guys I think the position needs to be addressed this offseason. – Ryan

Could the Eagles use another big, strong linebacker? Sure. But as for the players here, it takes some time to adjust to a new scheme and a new coaching staff all while continuing to grow and develop chemistry. We won’t see a finished product for quite some time. – Tom

@4thandJawn @Rwilliamneal @TomAresco if you had to give a % or # of carries for our 4 RBs, what would it be moving forward? #weeklyjawn

Realistically, I see the majority of the carries going to Ryan Mathews. I would say he gets about 60 percents of the carries. Next, I see Darren Sproles getting 35 percent of the carries and Wendell Smallwood getting the last 5 percent. However, I do think it is best if the Eagles run by committee.  – Ryan

I don’t want to put a number on it, because It will depend on availability and productivity. Each running back will have their chance at some point. You have to capitalize on your opportunities when called upon, and the guys competing for playing time know that. – Tom