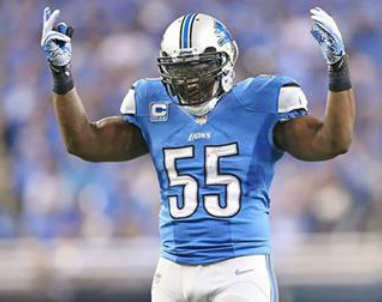 The 31 year old veteran linebacker was released by the Lions last month. Tulloch has experience in Jim Swartz’s scheme as he played six seasons under him. The Eagles were interested in Tulloch during the 2011 season, but he chose to resign in Detroit.

Tulloch recorded 107 tackles and only 1 sack in 2015. It’s obvious that the veteran’s best playing days are behind him but with the Eagles needing depth at the LB position and the veteran leadership he brings to the table, this could be a great move by the Eagles.