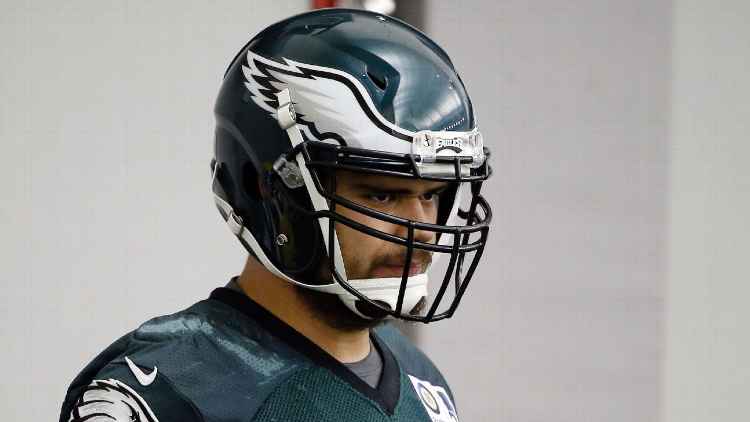 McLane: Isaac Seumalo has had “strong moments” in camp.

According to the Inquirer’s Jeff McLane, Eagles’ rookie guard Isaac Seumalo has had some strong moments in training camp so far.

The 3rd round pick out of Oregon State has been jumping out early at Eagles’ camp with his solid technique. “He tied Logan up with his hands on one rush, and was able to hop-hop-hop and keep defensive tackle Taylor Hart in front. I’d imagine former Eagles offensive line coach Howard Mudd would have loved to work with Seumalo,” wrote McLane.

Seumalo was an All-Pac-12 player his freshman year in 2013. Unfortunately, Seumalo ended his season in the Hawai’i Bowl where he suffered a broken foot that which caused him to have multiple surgeries. He missed the entire 2014 season. Seumalo started all 12 games in 2015 playing nine of them at the right guard and three at left tackle. With Jason Peters, Jason Kelce, Brandon Brooks and Lane Johnson likely starting on the offensive line, the last guard spot is up for grabs and if the 3rd round rookie keeps his solid play up at camp, he might get the starting nod.