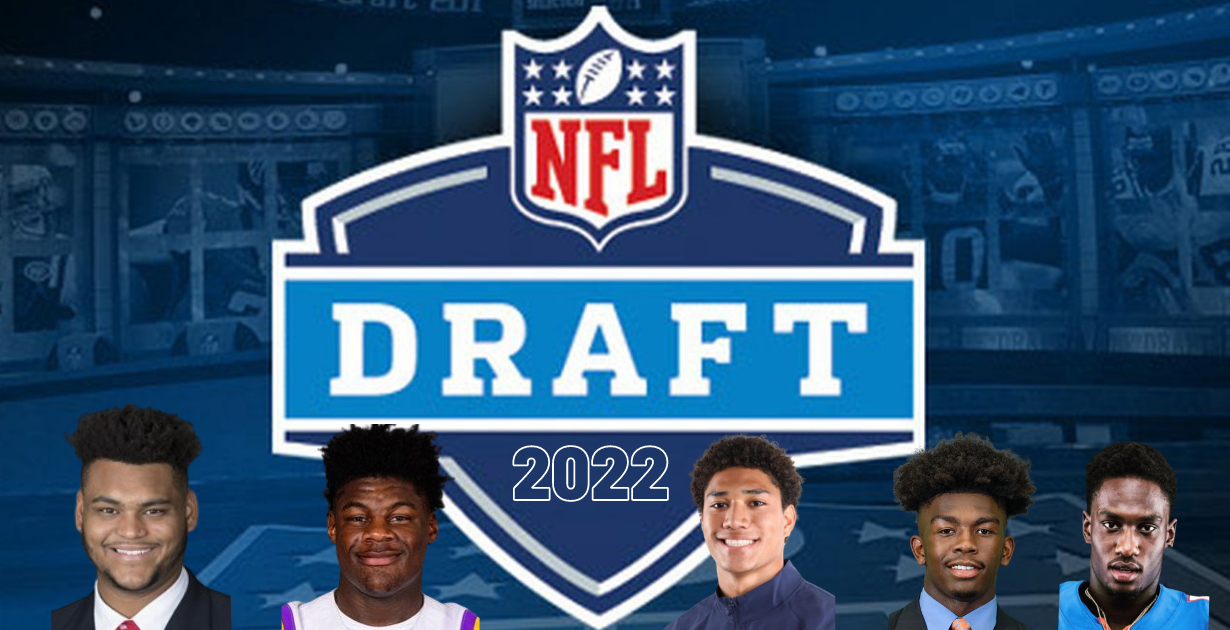 Way Too Early Prospects For The Eagles 2022 Draft Board

The 2021 NFL draft wrapped up about a month ago in Cleveland. However, it is never too early to begin thinking about the 2022 draft. This upcoming college season has the potential to be a return to normalcy with full schedules, fans in stadiums, and if we are lucky no COVID-19 problems. At this point in time the Eagles have the most draft capital in the league in the 2022 draft. Eagles fans, in preparation for the 2022 draft, should keep an eye on some specific prospects that could potentially be suiting up at the Linc in 2022.

It is no secret that the Eagles need to address their offensive line. Lane Johnson has been a consistent offensive tackle on the right side and is under contract until 2026. However, future hall of famer, Jason Peters, is very likely retiring, or at least not returning to Philly, after what could conservatively be described as a subpar season. Going into the 2021 season the Eagles have options at left tackle in Andre Dillard and Jordan Mailata. It will be crucial for the team, which will be hiring a new head coach, to use 2021 to evaluate these two players. If the new coaching staff does not fully believe in either of them Logan Brown is a player to scout for the 2022 draft. Brown has the size and power to play left tackle in the NFL. Wisconsin utilizes a run first offense, so Brown has not had as much experience in pure pass protection, but he has shown enough pass protection skills, combined with elite run blocking, to be graded as a first-round prospect.

Justyn Ross missed the entire 2020 season with a suspected stinger that ended up being a spinal issue. Doctors have reported that Ross will be able to make a full recovery. Ross has had a prolific career at Clemson and is returning to Clemson to play in 2021, with hopes to show he can return to his full potential and improve his draft stock that tumbled with the spinal injury. Ross has the size at 6’4” and the speed to be an offensive weapon in the NFL if fully healthy. Even with his size and speed his biggest strength is his hands. Ross catches basically everything that is thrown in his direction, he is a smooth route runner, and has shown he can get open against top cornerback matchups. If Ross can get back to his 2019 level of production Justyn Ross will be a first-round prospect

The Eagles secondary has been a problem for years. The addition of Darius Slay has given the team a legitimate number one cornerback. Kaiir Elam is a long and athletic corner who will likely go in the first or second round in 2022. At 6’1” Elam is a rangy corner who has good ball skills as he has had two interceptions in each of his two years at Florida. Elam has good hip fluidity when transitioning from his back pedal. Additionally, Elam has an NFL pedigree as his father was a journeyman safety in the NFL

Notre Dame’s defense did not look good against Alabama in the Rose Bowl. To be fair nobody looked good against that stacked offensive unit. However, Kyle Hamilton showed flashes during that game that cannot be ignored. Hamilton has the ball skills to be a center field safety and has the coverage skills to lineup in man or zone coverage. In his 2 years at Notre Dame, he has 5 total interceptions. He has high level ability to track the ball and locate. Hamilton has great hip fluidity and soft hands when playing the ball. I haven’t even gotten to Hamilton’s most obvious skill. He is very physical and a great tackler in the open field. At 6’3”, Hamilton has the size and the physicality to be compared to Kam Chancellor. He should be a first to second round prospect and is worth keeping an eye on during the 2021 season.

When it comes to reviewing prospects for a future NFL draft, it’s difficult to not include an SEC linebacker. There are plenty of other great SEC linebackers out there, but the one I would keep an eye on is Damone Clark at LSU. Clark had a breakout year during the 2019 national championship season. Whether the new coaching staff goes 4-3 or 3-4  the Eagles need to improve at the ILB. Nate Gerry was an unmitigated disaster in 2020. Alex Singleton showed a lot of promise, but it is still a position of need. Clark could be a prospect to watch at LSU in 2021. He has the size and speed to be an NFL linebacker. Additionally, Clark has shown the versatility in being lined up both inside and outside. He has shown the ability to be utilized in blitz packages and can get to the quarterback. Clark has some work to do in coverage but appears to be moving in the right direction and is very strong in rush defense. Damone Clark appears to be a late first round prospect.

The 2022 draft is still over a year away, but these players could potentially be on draft boards in South Philadelphia as we speak. These are players that will make it worth your while to watch the college football season in 2021, even if you don’t have a specific college team you follow. There will be more analysis of top college prospects as we get closer to the 2021 regular season.