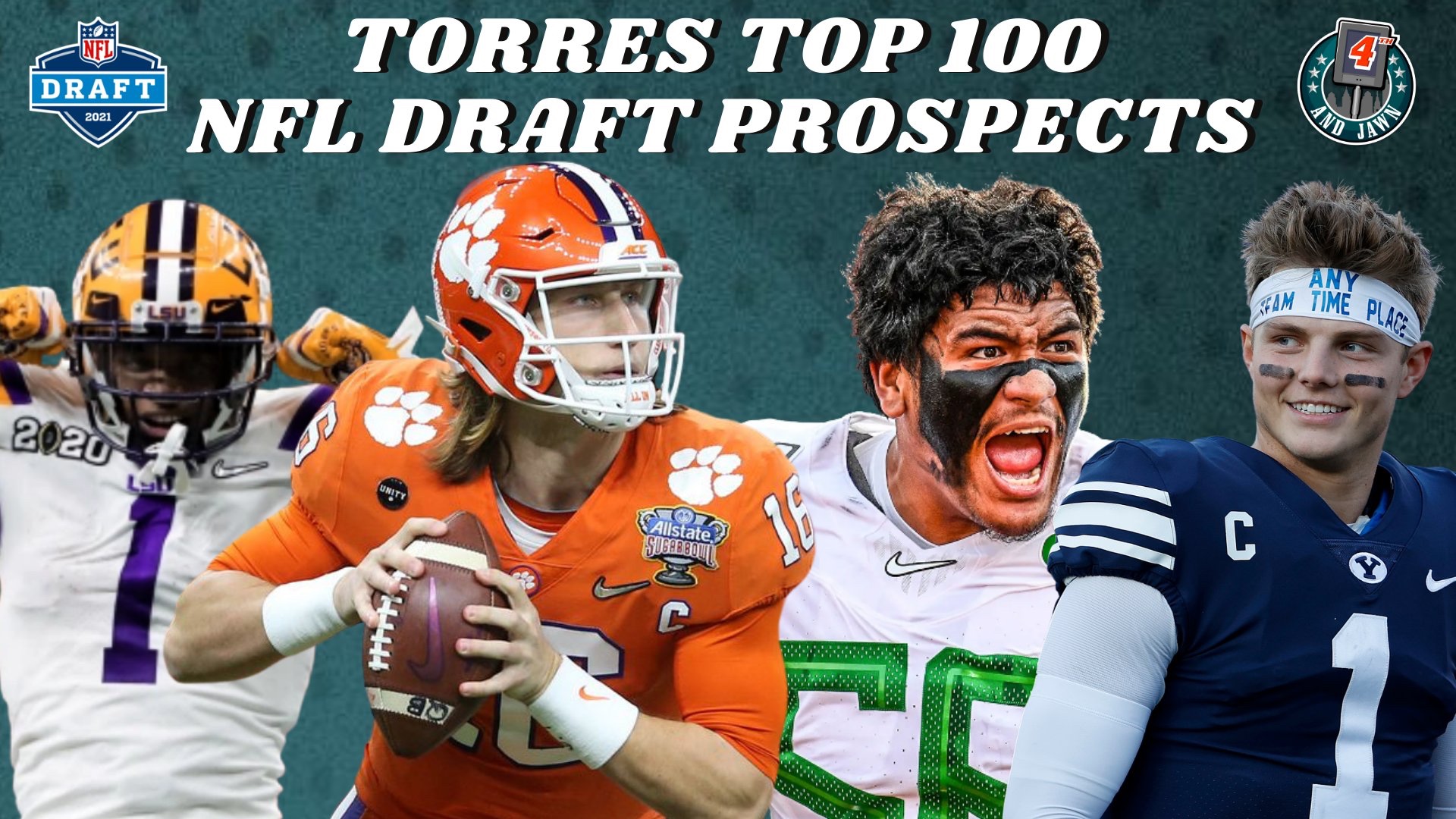 It’s that time of year again. Everyone is doing their evaluations, determining who “their guys” are, coming up with top tens per position, and creating big boards. I’m here to join the club to give you my top 100 prospects. These rankings are based on talent evaluation, characteristics, and where I’m hearing and seeing prospects being drafted at. Sit back, relax, and enjoy the ride.

For more 2021 NFL Draft analysis and breakdowns follow me on Twitter @ajtorres1230. For any disagreements, critiques, compliments, agreements, please feel free to reach out to me.