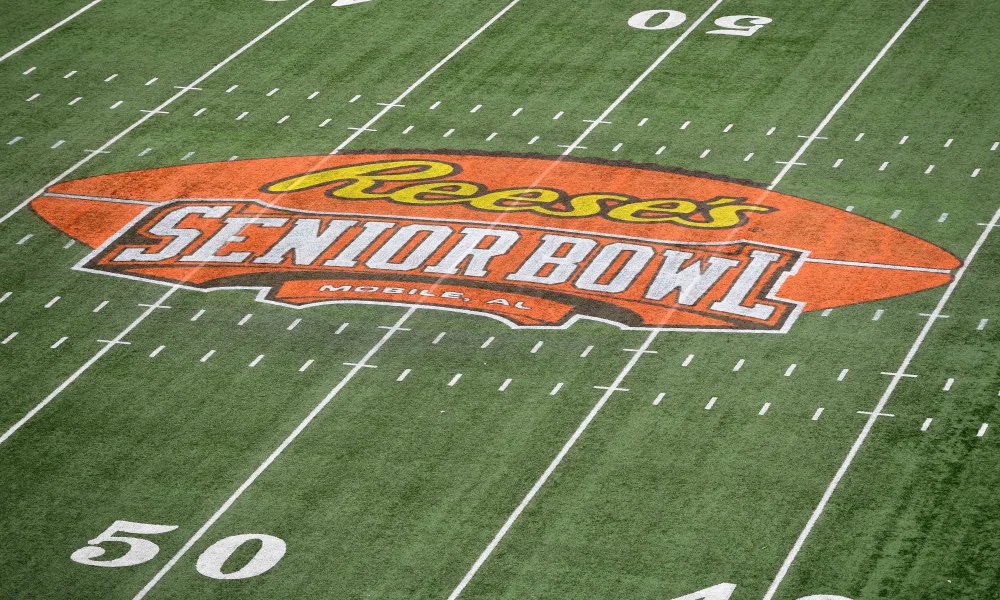 Senior Bowl: Five Players Eagles Should Keep An Eye On

We are 4 days away from prospects arriving in Mobile, Alabama for Senior Bowl week. The best of the best seniors will be show casing their skill sets during practices all week, then the true test comes Saturday at 2:30 pm ET.

There are going to be an abundance of talented players in Mobile this week, but there are ten players that the Eagles should strongly pay attention to and take some notes. Below are the names I feel would come in and make an impact immediately.

Devonta Smith is an obvious name when it comes to prospects to keep an eye for. The 2021 Heisman award winner has had an incredible senior season.

Smith would instantly improve the Eagles offense. His ability to find open space and always seems to be wide open, would give the Eagles something they’ve been missing since maybe Terrell Owens. The knock on Smith is his lanky build, but he has shown the ability to bounce back up after taking a big hit.

There’s not much more that Smith has to prove to anyone, but it’s fun to get to watch him play. Eagles would be idiotic to pass up on a chance to draft him come draft time. New Head Coach Nick Sirianni loves the quick pass game so adding someone of Smith’s skill set makes a lot of sense.

Eagles fans, imagine Alex Singleton with coverage skills. He has a non stop motor and is always around the ball. He also adds an effective blitz package to his arsenal. Surratt is a guy who has flown up a lot of teams draft boards this season. I have him in my top 50 prospects, so it’s a possibility he could be in play with the 38th overall selection.

If I’m the Eagles, I have my eyes on Chazz Surratt from the second the steps on the field until the second the games over. Nick Sirianni has to practice against a similar type linebacker in Indy named Darius Leonard so Surratt may be a very enticing player in his eyes.

This kid right here is a BULL. Long is a super physical TE with the addition of having soft hands. Like Surratt, 2021 has been good for his draft stock.

The thing about Hunter Long is he excels at every aspect of the TE position. He’s not a player who is going to “wow” you with a 50 yard catch, but he’s going to be QB’s best friend on 3rd down situations. He does an very good job at being aggressive at the catch point. Another aspect of his game I love other than his ability to be a reliable target is that he is an effective and willing pass and run blocker.

Eagles fans, think of Jack Doyle with better catching ability. Some have even compared him to Austin Hooper & Hunter Henry. That’s what you would be getting with Hunter Long. Nick Sirianni loves his tight ends and he’d be familiar with Long’s game after coaching Doyle in Indy.

A strong week in Mobile could help cement him as a day 2 pick in this draft class. #SeniorBowl pic.twitter.com/lKzaIKDouj

Boogie Basham Jr is one of the top pass rushers in this years draft. Now today’s NFL has shifted more towards the speed rush, but Basham He’s bull rush is just too dominate to ignore.

This is not to say he isn’t quick, because for his size he has surprising burst and get off of the LOS, but his bread and butter is his bull rush. When I see Boogie play, I see a more athletic Max Crosby, DE from the Las Vegas Raiders. That in itself is a force to be reckoned with. Basham Jr gives you versatility to rush inside or out. One thing that pops out on film is his constant non stop motor. He is a 110% effort guy at all times, and that’s huge in the eyes of NFL scouts. He’s listed at 285, I’d like to see him be around 270-275 come his pro day to maximize his athleticism.

Carlos Basham Jr. is an absolute terror off the edge.

Rodarius Williams is probably one of the most slept on cornerbacks in the nation. He is also the younger brother to Cleveland Browns CB, Greedy Williams. Rodarius is an off man corner who plays with some swagger and aggression.

As you see in the chart above, he hasn’t secured a ton of INTs but he has a ton of PDs in his college career, which is a good sign. Williams does a fantastic job of hand jamming receivers and knock them off their routes. The lenght he possesses makes it difficult for receivers to find targets. His pedal is real low, which benefits him in many facets, especially in his ability to jab step hard and explode on his breaks to the ball. His technique is very smooth. When I watch Williams play, I can’t help but feel that he has a similar style of game to Colts CB Rock Ya-Sin. Rumors going around that Johnathan Gannon will be the Eagles new DC, so keeping an eye on Williams down in Mobile could make a lot of sense.

Overall there are a lot 25-30 prospects the Eagles should be really keeping their eyes out for, but these 5 players are the ones I feel could come in and make an immediate impact for the team.

For more 2021 NFL Draft analysis and breakdowns follow me on Twitter @ajtorres1230. There is more draft prospects profiles coming in the near future.