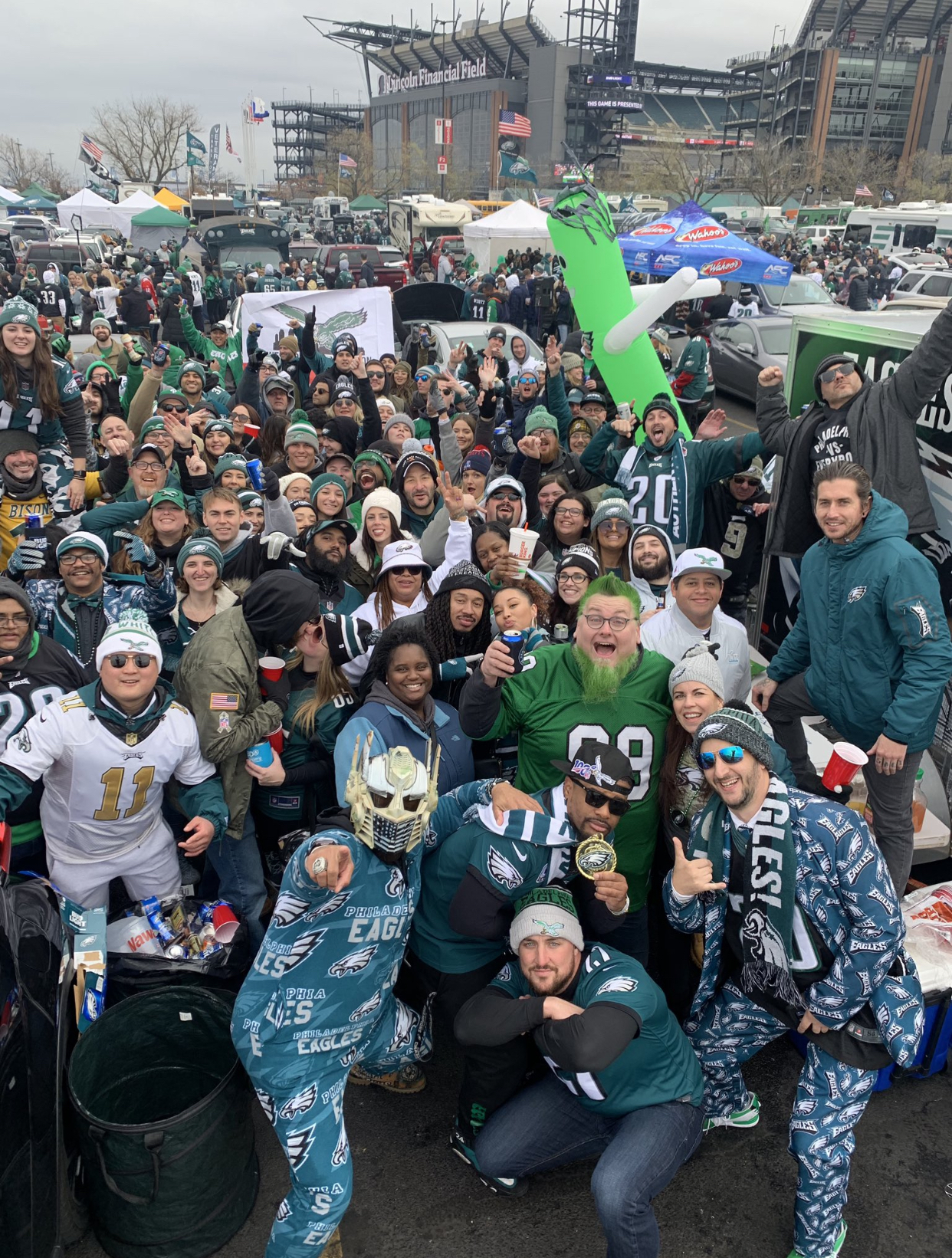 For whom this may concern,

We the people of Eagles Nation demand change.

This fanbase is not like any other. Despite being rough around the edges and our emotionally led reactions, we are highly invested in our sports teams and know when we are being played.

A lesser fanbase would stand idle and just chalk up their losses but not Philly.

We take that to heart.

Here’s the thing. This is Philly. There are few places that have fans like this. Cleveland, Buffalo, Wisconsin, and maybe a few others but Philly is one of a kind.

Fanbases in California, Florida, and places that are popular vacation spots will never get it or understand why we are built the way we are. Bad game, you just get drunk and sleep on the beach. Here, we have to wake up at 5am, everyone’s at Wawa or Dunkin’ all pissed off and the entire week sucks.

Philadelphia sports is all we have.

Yes, we have our own lives and beautiful things like our friends, families, and material items but our relationships with our sports teams are one of a kind.

This is a blue collar sports town. We don’t spend our extra money on vacations and materialistic items, we buy tickets to games and gear to rep our squads.

You go into Wawa and talk about the game, and meet at the local bars to watch the games with the people you grew up with.

This is something you can’t fake. It’s inherited. And if you’re lucky enough, you get to pass that down to your family.

We are a prideful group. We take stuff to heart. That’s because we care. We can act like stuff doesn’t bother us, but it does. Don’t be embarrassed by that either. Life’s hard, man. If you find stuff that can make you feel something, something truly special, something that makes you feel, you hold onto that.

So yes, we get angry. We get after our players and coaches. We don’t demand perfection, but we demand that you at least pretend to care.

Watching Daniel Jones running all over our defense is going to piss us off.

Watching JT Realmuto not signed already is going to piss us off.

Watching the Sixers waste another… oh wait. What’s this? A competent front office doing right by their players and fans??

Listen, it’s sad that the Sixers are just undoing past mistake and the fanbase is this happy but that’s all we ask for. Owning up to your mistakes and showing effort to right the ship.

So Eagles, look across the street and take some notes.

Eagles fans, I love you guys. We all spend so much time at each other throats and screaming at our TVs but all in all, you are all the best in the business.

There are fans who try to give our team a bad name, but that’s every fanbase.

To think Carson Wentz doesn’t get more criticism than other quarterbacks is just flat out wrong. It is non-stop.

Is some of the criticism warranted?

But local and national media is just out here looking silly and biased at this point.

That being said, Howie Roseman and Doug Pederson have nobody to blame but themselves for all of the Carson Wentz, Nick Foles, and Jalen Hurts questions.

Eagles fans, you are creating the most toxic situation with the Foles and Wentz topic. There is no debate. Wentz is the guy. We can’t go back in time. It is ok to appreciate what Nick did here, cheer him on in Chicago, and still support Wentz.

Howie and Doug, when you are on national tv smiling while drafting a quarterback in the second round a year after signing your franchise QB, do not have the audacity to seem surprised when questions come your way.

If you have doubts about Carson, ok. But understand this. Carson Wentz will be the quarterback for the Philadelphia Eagles for at least another year; you made sure of that with his contract. So instead of drafting not only a back up, but a player who would immediately give the media negative fuel, why not make the entire team better and address some needs?

We are not a great team. We do not have the luxury to waste second round picks, especially when we are essentially doing that by drafting players who make little to no impact.

Here’s how I look at it:

We could go on all day talking about the issues but here is one thing that I know.

This team is special.

Talented? Not so much. But there are some special guys on this team. If this wasn’t true then this team would have imploded years ago. Between the injuries, drama, and target on their backs since 2017, it’s a lot to handle. Guys like BG keep this team alive when they should be dead.

What Doug lacks with in game management, he makes up for a lot of it with his ability to lead these men and keep them in the fight.

That being said, we absolutely need an offensive coordinator.

To think it doesn’t make a difference, look at what Joe Brady brought from LSU to Carolina.

Look at what the Sixers did. You do not give up on talents like Embiid, Simmons and Wentz. You do all you can to utilize every bit of talent they possess. If you exhaust all avenues and you achieve nothing, then you move on.

Why is it so hard for this team and for our fans to believe in anything?

We saw the impossible just a few years ago.

We saw a team do something this city has never done before and this is after losing multiple starters and our starting quarterback.

This team almost needs a controversy to finally step up.

Well you have a million to choose from so it’s time.

People want to throw in the towel for the draft but those same people say we can’t draft so why not go out swinging?

I for one do not like sitting idle and allowing the other NFC East teams to steal our division. Especially in a year with so many variables. Anything can happen so why not push forward and learn which players are truly built for this team?

To the team that we hate to love, just do better.

Doug, run the ball and run some new plays.

Howie, let the scouts have some real input.

Jim, if you let up one for 3rd and 15, you’re paying for my medical bills when I have a heart attack.

Eagles fans, keep up being you. The craziest but most passionate group of people in the world. We are in this together. It’s hard being an Eagles fan but there’s nothing better than winning as an Eagles fan.

To my beloved Eagles,

This has been the longest year of our lives. We have lost more than we have gained. We hoped and pray all lockdown that we go to see you and now we wish there wasn’t a season because you keep letting us down. But I’ll be hard pressed if I ever quit on you. I’ve seen you do the impossible and some of the best moments in my life were achieved because I am an Eagles fan. Lastly, for the love that is all right and just, get your act together and lets right the ship!

You’re like our older brother who lost his way and we just want what’s best for him. Get out of the sweatpants, get a haircut, and get to work.

All jokes aside, we know you can be better and that’s why we get mad. We just want the best version of you. We deserve that and so do you. As Always, Fly Eagles Fly.