Game Preview: The Eagles blow a 17 point lead, fall to Washington in opener

The Philadelphia Eagles dropped their opening game in what can be labeled as a shocking, terrible loss.

Up 17-0, the Eagles seemed to be cruising to an easy win. Well, we thought wrong as the Eagles led by Carson Wentz continued to make mistakes and terrible plays. In the end, they lost the game 27-17. It’s a terrible way to start the season.

Wentz did start off the game strong throwing two touchdowns and looking really sharp. He hit tight end Zach Ertz for the first touchdown and threw a dime to Dallas Goedert for the second one. After that, his decision making was terrible and he threw two really bad interceptions on the Eagles side of the field.

The Eagles couldn’t get the run game going with their offensive line missing a lot of pieces. But, their overall lack of consistent rushing attempts and bad play calling continued to put the Eagles in bad spots.

Here’s the offense’s stats from today. 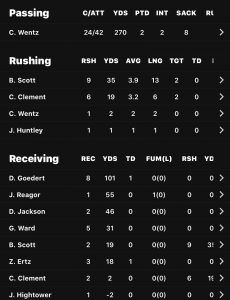 Defensively, the Eagles looked really good. It wasn’t until they were put in bad spots by Wentz and the offense when they gave up points. The defensive line was dominating early and the secondary led by Darius Slay looked way better than last season. 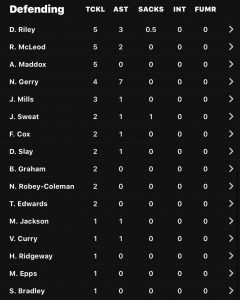 When it’s all said and done, the Eagles will get a lot better as their teams gets healthy and that’s just a fact. But, in terms of what we saw today, it was pathetic. You cannot blow 17 point leads. The play calling were awful, the execution was awful and the loss was awful.

Next week, the Eagles have to get to 1-1. They need to beat the LA Rams. No more holding players out for the “long haul.”