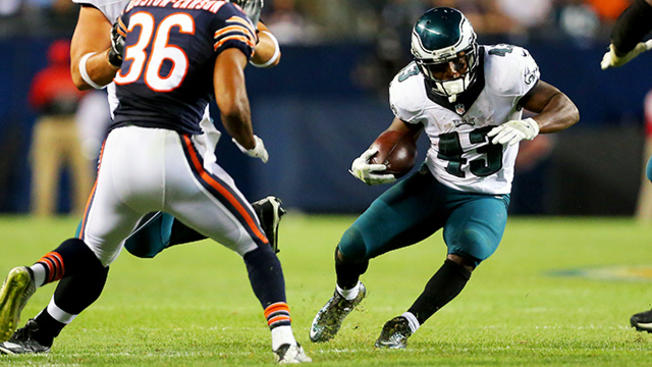 Something about the playoffs brings out the best in certain players. And in tomorrow’s game versus the Chicago Bears, something says, Philadelphia Eagles’ running back Darren Sproles is going to have a big game.

Sproles missed out in the magic last season due to injury. So, this makes it his playoffs debut for the Eagles. When asked about the experience carrying into this years’ playoffs, here’s what Sproles had to say.

“We missed the party last year. So to be in it this year, we’re ready to get the ball rolling.”

The ball has been rolling since the Eagles week 15 win over the Los Angeles Rams. Over the last three weeks, the Eagles have used Sproles in a more limited role and he’s been really effective.

Statistically, over the last three games Sproles has carried the ball 19 times for 86 yards, averaging 4.5 yards a carry. He’s made some big plays receiving the ball hauling in eight passes for 104 yards and one touchdown.

The Eagles have been able to use Sproles effectively in a limited role. However, head coach Doug Pederson said the Eagles want to get him more touches versus the Bears.

What Sproles has been able to do for the Eagles is come in the clutch when needed. Tomorrow, this is going to be big. In those big third down plays, it’s nice knowing there’s an option in Sproles. Having that quickness, Sproles is a big play threat. And, something about this game screams a big Sproles play.

He’s going to give it his all. For him, this might be his last game in the league. He’s going to leave no doubt. Watch out for Sproles tomorrow, he’s the weapon the Eagles can really take advantage of.