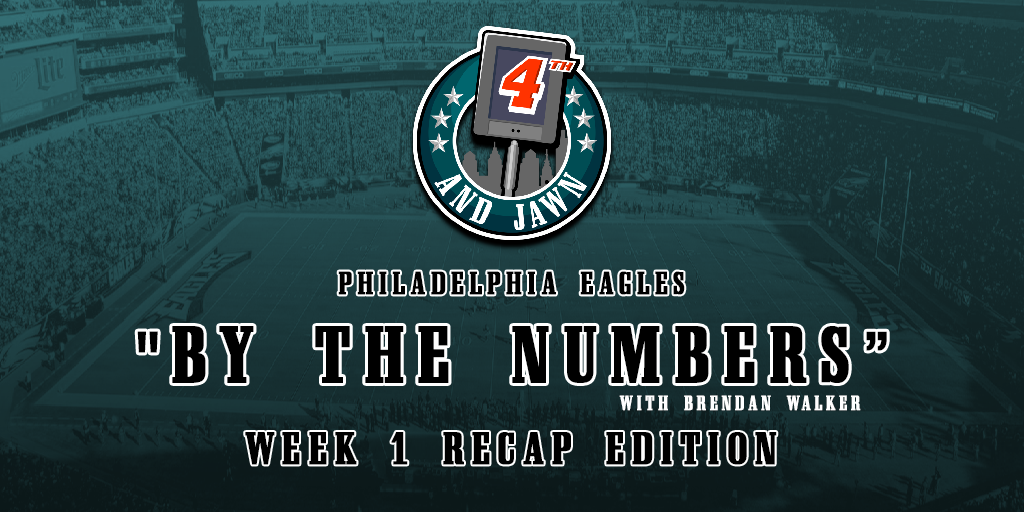 In this weekly edition of “By The Numbers” we will analyze the statistical leaders of the Philadelphia Eagles in comparison to each of their NFC East rivals after Week 1 play.

Before we compare the top Eagles performers to their rivals, here is a list of the Eagles statistical leaders amongst their own teammates during Week 1:

The Eagles dominated on the defensive side of the ball this past Thursday night, meanwhile the offense struggled a bit despite being one of the only two offenses in the NFC East to outscore their opponents after this past week of gameplay. Because of this, you will see some Eagles players be a bit lower in the offensive categories below.

Eagles players compared to their NFC Rivals (after Week 1):

Just based on the statistics from Week 1, you can determine a couple of things. First, the Redskins distributed the ball most efficiently as their own reception leader, Chris Thompson, had only six receptions however as a team three players each had a touchdown.

Jay Ajayi had the best solo performance to give the Eagles a running game and firepower to allow them to beat the Falcons.

Three Cowboys players each had a sack to their name, however the offense could not follow up given that Ezekiel Eliott had their only scoring touchdown of the game.

The Giants were all-around the board and have Odell Beckham leading the NFC East in both receiving and reception categories. However, despite feeding their top option while also having Saquon Barkley run for one explosive play. The defense could not hold up against the Jaguars.

The Eagles and Redskins are both 1-0, while the other half of the division is 0-1.

The first week of stats is obviously a small sample size, but it does tell a little bit about how each of the NFC East division teams played out against their opponents. Next week we will have more detail about who is exceeding expectations and which areas of teams are making the most amount of progress.

Next Week’s “By The Numbers” edition will include an analysis of Week 2’s performances along with a totaled analysis from both weeks.