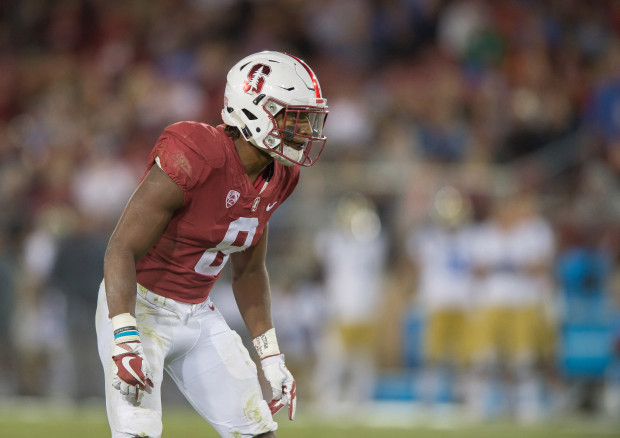 If you’re looking at safety prospects in this years’ NFL Draft, there is not one better than Stanford’s Justin Reid. At the bottom of the first round, Reid’s name will be called and for the Eagles sake, let’s hope they are the ones picking him.

Let’s first break down his game and what makes him this special talent.

“Reid is what teams are looking for at the safety position in 2018. He’s a plus size/speed prospect who has the athletic ability to help with man coverage and the instincts and ball skills for ball-hawking duties on the back end. Reid can get himself into some trouble when he’s overly aggressive, but his positive plays far outweigh the negative. He has the talent to become an early starter and a good one. Reid’s instincts and play traits should make him a safe selection with Pro Bowl potential down the road.” (NFL.com)

Reid is exactly the safety every team wants. He has great ball skills, he’s good in coverage and is a very good at running through the alleys and gaps to stop the run. He can handle being in the box, but is a much better just staying at safety. Basically, what you get with Reid is a player with very high football IQ, he’s a guy that can come in right away and make an impact on any team.

Now, bringing this all the way around to the Eagles, Reid makes perfect sense. The Eagles lost Jaylen Watkins and have not resigned Corey Graham, he’s gone as of now. Graham played in over 1/3 (367) of the Eagles defensive snaps last season. He played at safety while Malcolm Jenkins went in the box and even went to slot cornerback. Without another safety, the Eagles lose that package. Drafting Reid allows the Eagles to use him on that role, which is almost like how they used defensive end Derek Barnett this season. It gives Reid an important role while also letting him develop behind the likes of Malcolm Jenkins and Rodney McLeod.