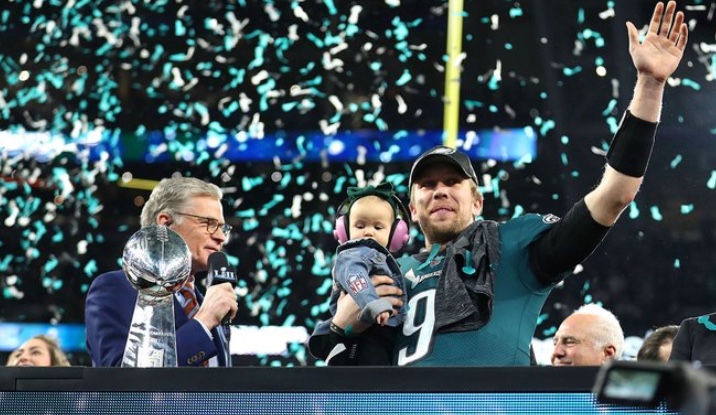 What a moment… your Eagles are SUPER BOWL CHAMPIONS

The Lombardi Trophy is coming home.

Nick Foles was the games MVP, throwing for 373 yards and three touchdowns as well as hauling in one receiving touchdown. But, without a doubt the biggest play in the game was Brandon Graham’s forced fumble on quarterback Tom Brady, which ultimately sealed the deal.

This is truly one of the best finishes to one of the best stories in all of sports. The team that was counted out all this postseason just defeated the dynasty. Philadelphia gets its first Lombardi trophy and the scenes on Broad St. are set to be legendary.