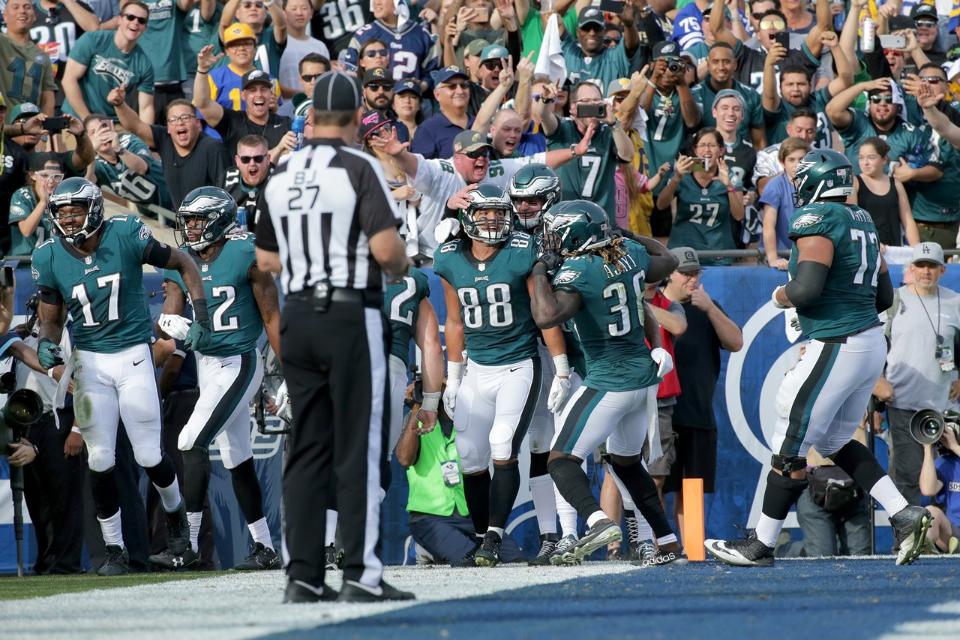 Could Super Bowl LII Be a Home Game for the Eagles?

There has been a lot of talk surrounding the question of which fans will show up the most at Super Bowl LII.  It’s no question that this season, Eagles fans have shown up at every away game and made it as if it were a home game. The Eagles players have agreed that the fans could make the difference of how they played every week. Could the Super Bowl have the same affect? According to the recent number of ticket sales and their locations, signs are pointing that Eagles fans could rule U.S. Bank Stadium.

StubHub says most #SuperBowl tickets being sold to buyers in Pennsylvania. https://t.co/uveeAwb9EL pic.twitter.com/NollReYMLj

Stubhub Spokesperson, Cameron Papp, stated to nj.com that early on, most of the tickets to the Super Bowl were sold to people from Pennsylvania. Now, three days before the big game, he says that it’s still in the Eagles favor. It has been noted that the Massachusetts market has increased and almost even caught up, but Papp says that the Eagles fans will hold the lead.

After checking the StubHub site, the cheapest ticket as of the first of February, is $3,245 each. Since the beginning of the week, the prices  decreased down below $3,000, but then shot back up and has only continued to increase. Of all of the tickets sold, the average price is around or under $5,000 a piece. The Eagles fans flooded the market, and this could be a massive thing for the Eagles team.

This Eagles team has been all about having fun, but when it comes to game time, they rally around the fans. In the Week 14 game against the LA Rams, the Eagles outscored the Rams 43-35 and gave their thanks to the fans that made it feel like a home game. The Eagles fans really made their team feel at home by booing the Rams as they had their introductions. In the December 17th game, Eli Manning blamed the Eagles fans for the New York Giants’ loss. He said that the fans were so loud that they drowned out the Giants players, and that’s why they jumped offside in their final moments of the game.

Eagles fans, this is the final game of the year. The biggest game. The Eagles’ first time there in 13 years. You’ve been through hope and anguish through all of that time. You’ve made the Eagles feel at home at a lot of away games this year. They have recognized you as the reason why they’ve won those games. From everyone who can’t go to the Super Bowl, make it count and make it loud! We’ll be watching and listening for you.