With the Eagles inching closer to their first crack at the playoffs since 2014, look for RB Jay Ajayi to be a big part of the Eagles push for a playoff win.

The Eagles have played it safe all season since acquiring Ajayi from the Miami Dolphins. In his first four games with the Eagles, the bruiser posted single-digit carries (8,7,5,9) with the Birds. The most amount of carries Ajayi has received with the Eagles was 15 against the LA Rams. 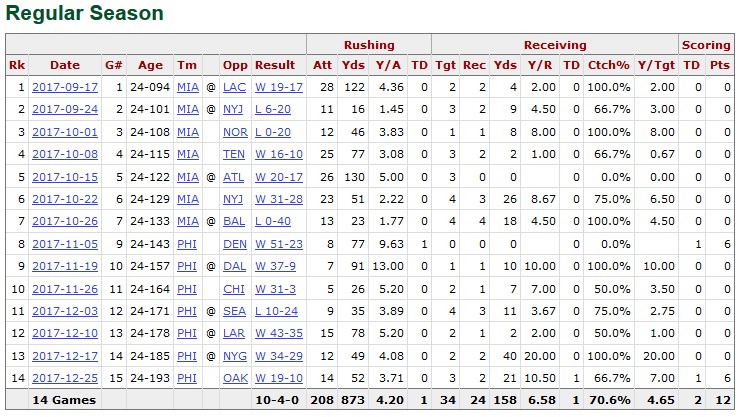 Maybe, this has been part of the Eagles whole master plan, as they now head into the playoffs with a re-energized Ajayi in the waiting. It’s been reported that Ajayi has dealt with chronic knee soreness during his career, but with Ajayi’s carries down from his Dolphin days, it would be very interesting to see what he could do with over 20 carries in the Eagles offense.

Eagles’ Ajayi is eager to embrace that role when the time comes.

“It’s not something I haven’t done before so I’m excited to embrace that role if that’s what ends up happening this postseason,” he said. “Just being ready for it. It’s something I’ve done before. Just getting my mind right for war. Getting ready for these next couple games and just be physical and punish people.”

While Ajayi, doesn’t have to be relied on to be the bell-cow, the Eagles do have a three-headed attack capable of handling the job. However, if they are looking to be explosive in the backfield, Ajayi could be the answer in the run game and screen game. With Nick Foles dealing with some struggles, he’ll definitely need to rely on some help from his backfield moving forward.