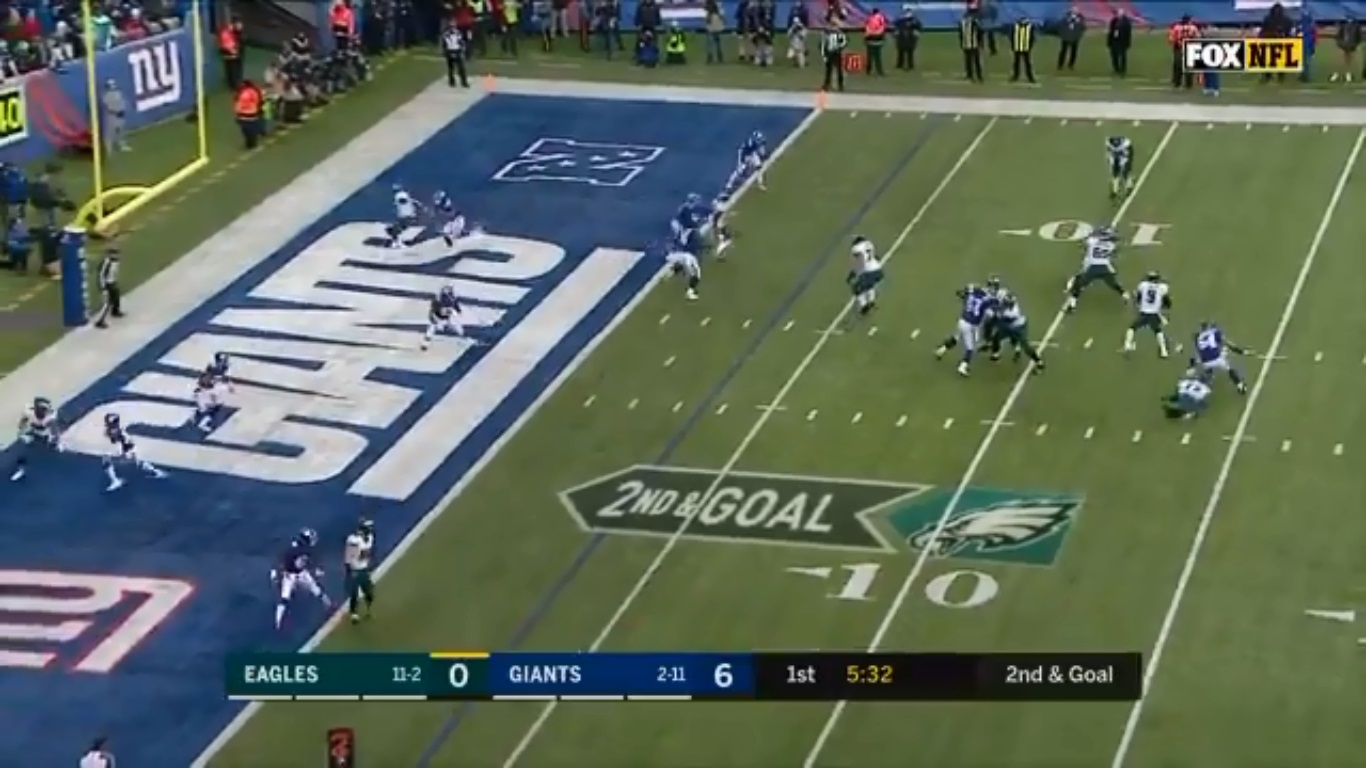 East Rutherford NJ: After the New York Giants took their opening drive for a touchdown, Nick Foles would drive the Eagles down the field on their first drive of the game as Foles would connect with Wide Receiver Alshon Jeffery from 3 yards for a 7-6 lead in first quarter.