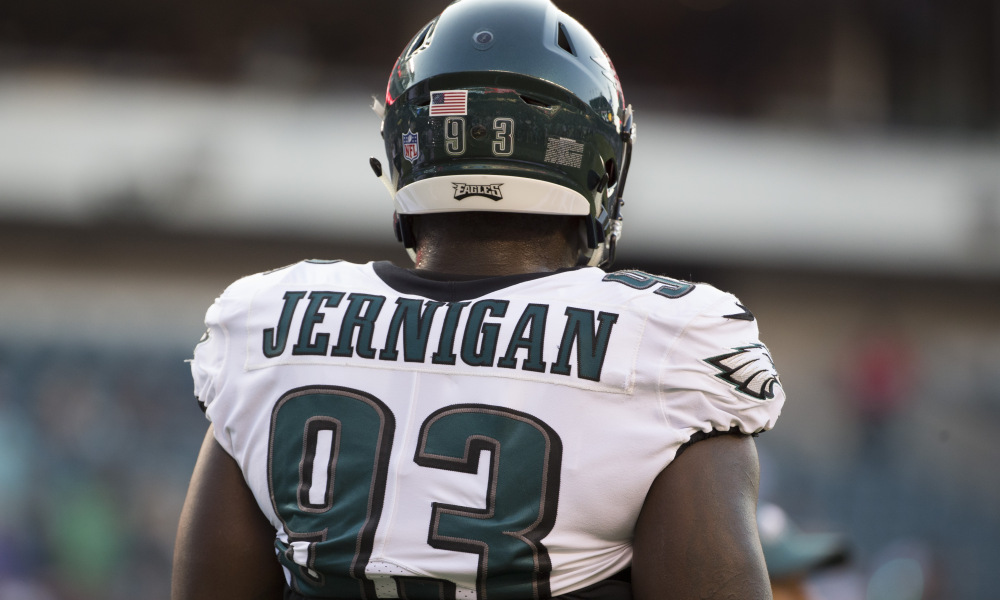 Eagles make good use of the bye week, sign DT Timmy Jernigan to a 4-year deal

Who says the bye week is time off?

The Eagles made good work out of their bye week, signing stand out defensive tackle Timmy Jernigan to a four-year contract extension. The deal is worth $48 million and includes $26 million fully guaranteed, an average of about $12 million a year.

#Eagles have signed DT Tim Jernigan to a four-year contract extension through the 2021 season.#FlyEaglesFly pic.twitter.com/mjYcOzvbiZ

This past offseason, the Eagles swapped third-round picks with the Baltimore Ravens, which included the Ravens sending Jernigan the Eagles way. Since joining the team, Jernigan has been a major player in the defensive line, helping them become the league’s number one defense.

Jernigan has 17 tackles this season and 1.5 sacks. However, his statistics do not speak his whole story. Jernigan has formed a formidable partnership with Fletcher Cox and all season, Jernigan has been a monster in the run game. A run-stopping defensive tackle who can also get to the quarterback is a rare find and the Eagles found one in Jernigan.

The Eagles have Jernigan for the immediate future, locking him up even before the season ends. Hus success with the Eagles has earned him this payday. Jernigan and Cox are going to be the pairing every team will hate to go against for years to come.