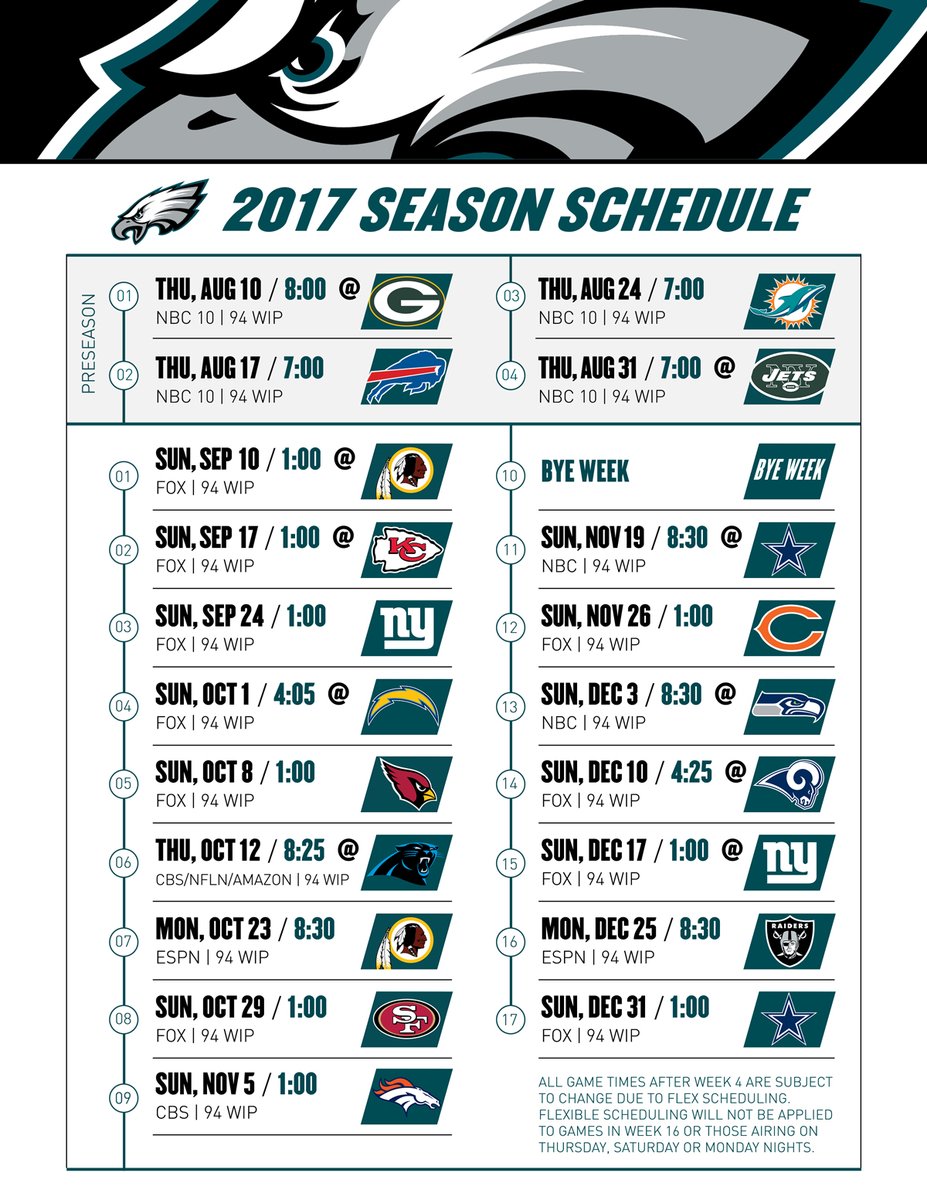 The NFL has released the schedule!!!!!!!

Here is the Eagles 2017 schedule. The journey starts here.

And here it is: The #Eagles 2017 regular season schedule #FlyEaglesFly pic.twitter.com/4IkaVQY2Es

Firstly, it was rumored the Eagles were going to play Dallas week three, but that turned out to be wrong. However, starting off the season with two NFC East games in the first three is still tough.

And it was reported the Eagles will stay on the west coast when they have those two back to back west coast games versus the Seahawks and Rams.

Another thing to note, of the 17 games, five of them are primetime. This is including the Monday night game versus the Raiders.