Fantasy football playoffs are now into the semifinals. You definitely do not want to mess up tour lineup now. To help you again, I have reached out to the (@PHL_Influencer) fantasy sports writer, Tony Cutillo. He hit the nail in the coffin last time! Just like last week, Ertz will be a common dump off guy. He wants to go for huge yardage, but for PPR leagues he could be Fantasy Gold! 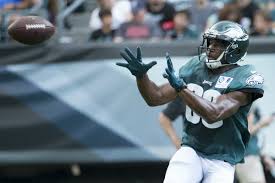 I am not a huge Turner fan, but with the solid front 7 the Raven employ, there could be a few shots to draw in coverage and get a few attempts down the field.

C.J. Mosley is one of the best young linebackers the NFL and will be crushing the gaps all day. This is a hard line to exploit and with a suspect O-Line in place, Ryan could be shut down completely.

The more we see from DGB, the more we realize why the titans gave up. His moves aren’t fooling anyone, especially the Raven defense.

With the presence of Smallwood and Sproles non-existent this week, Barner looks like the man to benefit. Matthews will have a tough time finding running room on the Ravens and Barner could benefit from gadget plays out of the backfield