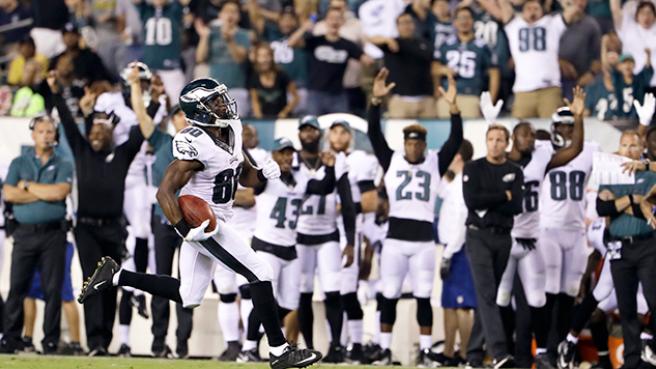 The man, the myth, the legend, Paul Turner is here to save the day. Today, Turner was added to the 53-man roster by the Eagles.

Yes, you heard it correctly, Turner was added to the 53-man roster. Aaron Grymes, who was just added a week or two ago has been released and Turner has taken his spot on the active roster.

This move comes at the perfect time for the Eagles. With the latest Nelson Agholor issue, the Eagles need a receiver who can step up. Turner was the Eagles best player in the preseason. It will be fun to watch how he does with the team.

Let’s be real, Monday night football is where stars are born. Turner can make a name for himself this Monday. To be honest, all he really has to do is catch the football. If he does so, he will be a hero.

Is Paul Turner the hero we all deserve? I am just hoping he catches the football. Here is to hoping Turner makes a name for himself with the Eagles.