The Eagles announced that they’ve given Chris Maragos a three-year contract extension. Eagles fans are ecstatic about this signing, but the fans are not the only ones who are excited, the Eagles’ organization is thoroughly happy with their choice.

It’s not only his work-ethic that the fan base appreciates, it’s his attitude towards the Eagles’ team itself. He’s always had a team-first mindset, and there’s nothing that Philadelphia fans want more. Maragos shows up to practice, gives it all during games, and makes sure that the fans know that he’s playing his heart out for them.

If I had to give this contract extension a rating, it would definitely be a 10/10. If I had to think back to a game that stands out for me on Maragos, it would be the Oct. 5th, 2014 game against the St. Louis Rams. The game had just started, and I had the same nervous jitters that I get before every game. Fifteen seconds. Fifteen seconds was all it took for a blocked punt that was picked up by Maragos and ran in for a touchdown. I remember the crowd around me going absolutely insane, and all I could think about at that moment was his name. I knew he was going to be a star on the Eagles, and so far he’s lived up to his name. Thanks for some great memories, I’m ready for some more. 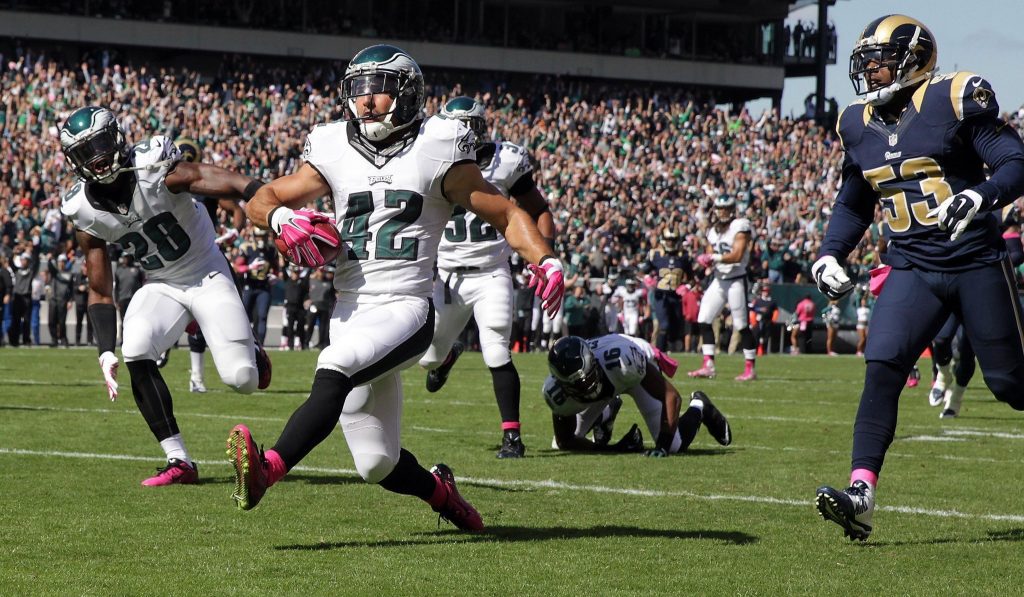