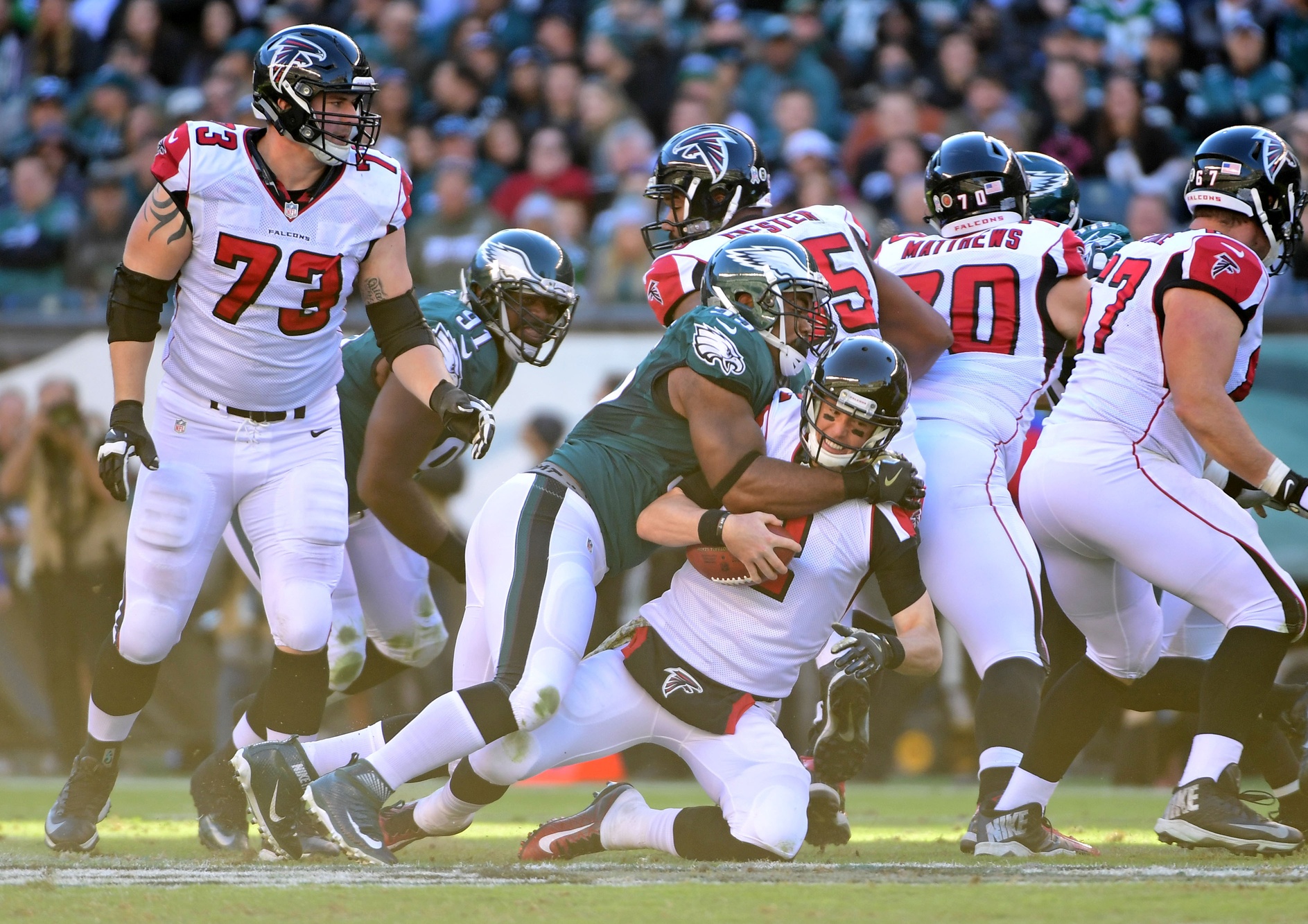 The Eagles defense sent a message to the rest of the NFL in win vs. Falcons

The Falcons struggled to pick up anything on the Eagles. This Falcons team managed just 11 first downs Sunday. They also converted just two of their eleven third down conversions.

In terms of yards, the Eagles held the Falcons to a season-low 303 yards. Out of the 303, 255 of the yards were through the air, and 48 were on the ground. Mind you, the Falcons only touchdown came on a 76-yard touchdown, where the Eagles had a defensive mishap. If that did not happen, we could be looking at even fewer yards.

It is hard to run on the Eagles without Bennie Logan. The Eagles reaped the benefit having Logan in. The defensive line linked together and made it impossible to run.

This Falcons team averaged 429.2 yards a game. The Eagles held them to just 303.

The Falcons were averaging around 33 points a game going into Philadelphia. The Eagles held them to 15. Once again, that mishap in the secondary caused the Falcons only touchdown. If that play did not happen, we might be looking at a lower number.

Rarely the Falcons lost the time of possession battle. The Eagles embarrassed them in that category. This team average 30:15 going into Philly. The Eagles held them to just 21:50.

You can say what you want, but the Eagles defense has proven they can hang with the best. This offense has been unstoppable. The Eagles made a statement with this win.