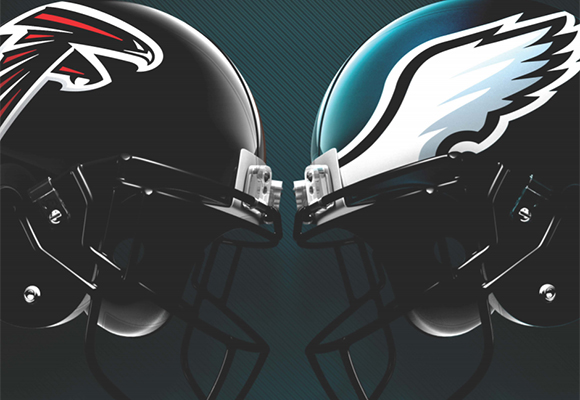 The Atlanta Falcons are coming to town tomorrow. The Falcons currently sit first in the NFC south. The Eagles will have a tall task on their hands tomorrow, will the be able to pull through?

Firstly, here is a breakdown of the enemy.

Offensively we are looking at probably the best team in the NFL right now. They are first in point per game (33.9) and second in both total (429.2) and passing yards (315) a game. Rushing is their weak link on offense, but they are still ranked tenth in the NFL when it comes to rushing(114.2).

Matt Ryan is having an MVP-caliber year for the Falcons. He has thrown for 2.980 yards and 23 touchdowns already. Knowing the Eagles struggled versus the pass, that is concerning.

Who is Ryan’s favorite target? Of course, it is the monster that is Julio jones. Jones has racked up 970 receiving yards and 5 touchdowns. He is a freak, the Eagles have to be smart when defending him.

Running the ball for the Falcons will be Devonta Freeman. He is a dangerous player in both the pass and run game. The Eagles defensive line, bolstered by Bennie Logan will make it difficult for him to run. However, he can have a major impact in the passing game. A few weeks ago, Theo Riddick of the Detroit Lions thrashed the Eagles in the passing game.

We are looking at a Falcons team that is not too good defensively. They give up around 29 points a game. On average, teams racked up 381 yards against them. If their offense was not so good, the Falcons would be struggling.

The Falcons are ranked 31st when it comes to passing defense. They let up 290 yards of passing a game. Teams can air it out versus the Falcons.

Rushing is their best defensive category. Overall, they rank about 15th in the NFL in total rushing, allowing 91 yards a game.

This has the potential to be a high-scoring outing. Now that you know the Falcons a little better, what do you think? Will the Eagles fly high in victory?