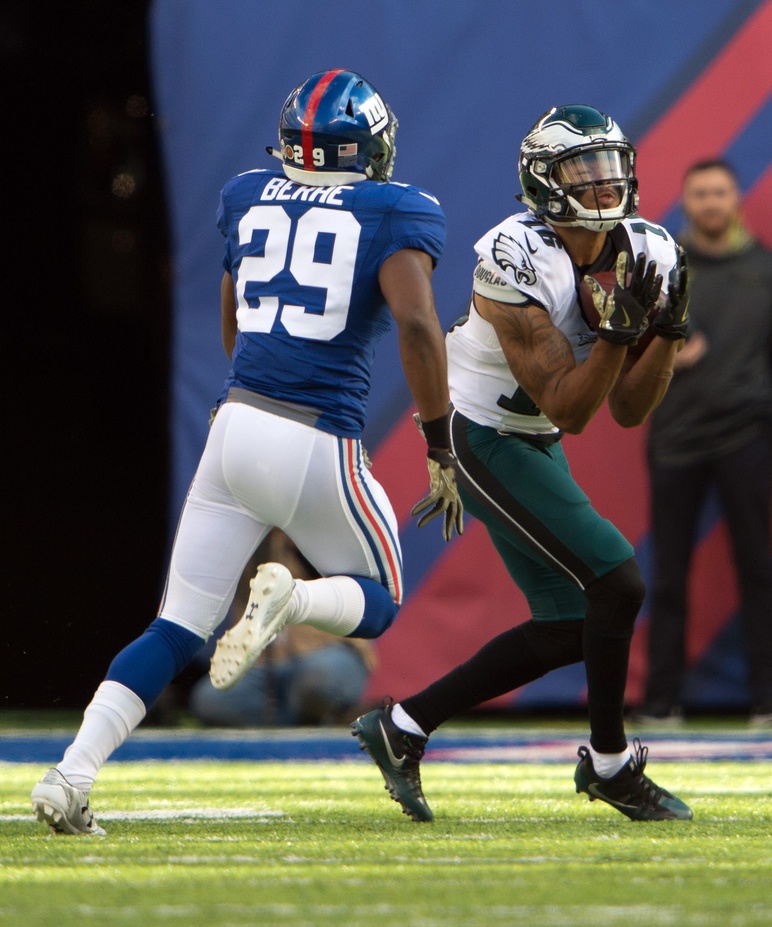 Coming into the game versus the Giants, the Bryce Treggs hype was real. Everyone wanted to see a wide reciver come in and stretch the field. Luckily for us, Treggs deleviered.

Here is Treggs’ first catch. Fran Duffy, video content manager for the Philadelphia Eagles does a great job of breaking it down for us.

Shot 4 – We'll all remember where we were for Bryce Treggs' 1st career catch. Great cleanup by Wis, good throw on comeback by Wentz #Eagles pic.twitter.com/wQ3xLLnWvn

Already, Treggs was making an immediate impact. However, it was his next catch that really helped his stock and changed the game for the Eagles.

A different view of how much faster Bryce Treggs is than everyone else: pic.twitter.com/kzlaPzIHE8

Treggs hauled in a 58- yard bomb, which showcased his speed and his ability to track the ball and make a catch. I do not think the Eagles had a player do that since Desean Jackson left. Treggs literally just ran right by the defense. Treggs finished the game with just two catches for 69 yards. He showcased his ability and gave the Eagles something they did not have.

Because of his play, Doug Pederson envisions Treggs having a bigger role this season.  This is what Pederson had to say, “I envision a larger role for him in the coming weeks, I think that, obviously, he went into this game very excited to play, the first time being active. He had two big catches for us, obviously (including) the explosive play down the field.”

Treggs completely opened up the game for the Eagles. Because of his big play, it made the Giants defense play honest football. Every time he was in, they played differently. This opened up the field for other players.

For example, Zach Ertz. The Giants’ safeties were so caught up that they kept playing deeper than usual. This left a nice little pocket for Ertz to sit in and run into. As a result, he caught eight passes for 97 yards.

As you can see, Treggs had a big impact versus the Giants. He will continue to have a big impact even if he is not catching a lot of passes. He opens up the field and gives others opportunities to make a play. That my friend is the Bryce Treggs effect.