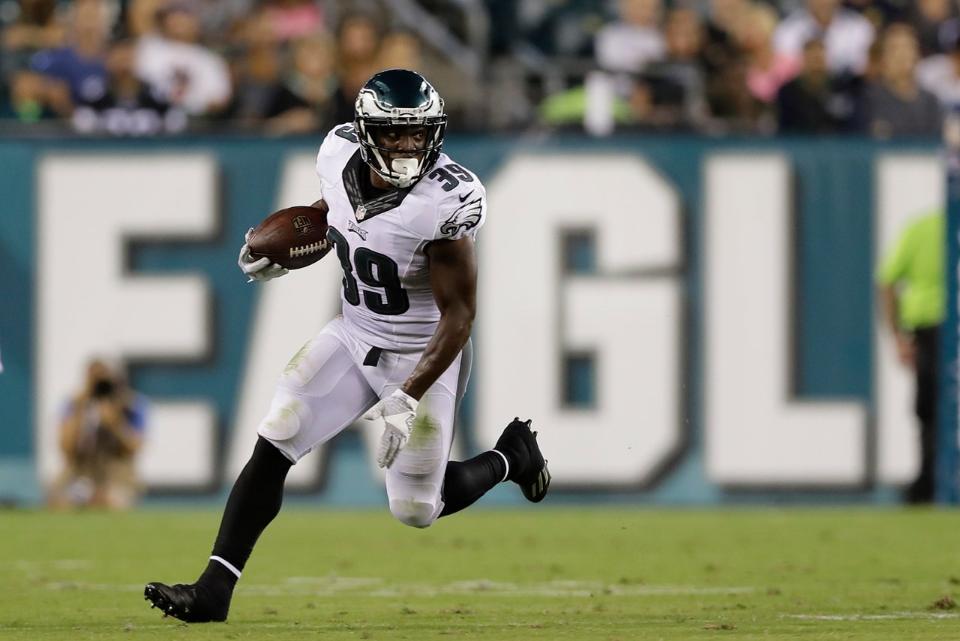 On Sunday, the Eagles began putting together their practice squad, by signing 5 players to their 10-player unit.

Although, camp favorite WR Paul Turner was released on Sunday, there is a solid chance that Turner will be added to the unit if he’s not claimed by another NFL team. Another player who had a solid camp on the defensive side of the ball, CJ Smith, was also released. Smith could also be added to the roster if he goes unclaimed as well.

Here is a little bit about the 5 players on the current practice squad:

RB Byron Marshall: The Oregon prospect came in and had a promising camp, posting 80 rushing yards on 6 carries, with 6 receptions for 42 yards during the preseason. With the Eagles having 4 backs on the roster, and Kenjon Barner and Wendall Smallwood in his path, it was hard to find space for him. If Smallwood has any setbacks recovering from his concussion, Marshall could find a spot on the 53, sometime this season.

OG Darrell Green:The San Diego State prospect was given the most guaranteed money($105,000) out of all the UDFA prospects on the current practice squad, and showed promise coming out of college as he was invited to the combine and expected to be a late round prospect. Green gives the Birds a quality developmental prospect to work with down the road.

WR Marcus Johnson: The Eagles were very high on Johnson throughout training camp, however the Texas prospect was dealing with a quad injury that forced him to miss some time.

DT Aziz Shittu: The Stanford prospect had some catching up to do in the offseason, due to the NFL/NCAA graduation rule. However, Shittu came in had a solid camp posting 5 tackles, with 1.5 sacks during the preseason. With the Eagles depth at tackle, and him already behind Destiny Vaeao on the depth chart, the Eagles thought enough of him to keep him around.

WR David Watford: The converted QB from Hampton, flashed in camp for a player who is just learning the position, Watford hauled in 5 receptions and 1 TD grab versus the Indianapolis Colts.